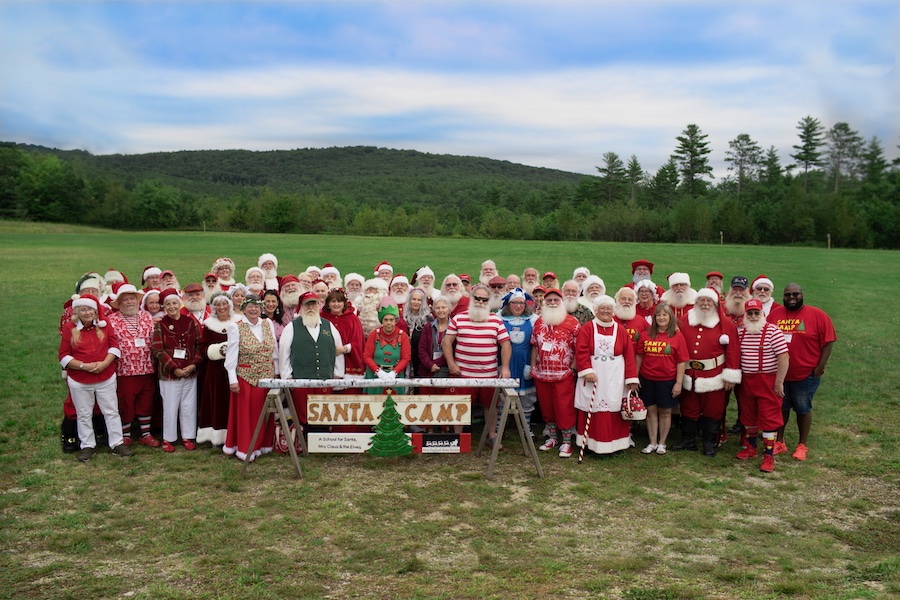 The Max Original documentary film Santa Camp will debut on HBO Max this November and have its world premiere on Nov. 12 at the IFC Center as part of the documentary festival DOC NYC.

The film follows a horde of professional Santas, Mrs. Clauses and elves who descend every summer on a campsite in the New Hampshire woods to learn the tricks of their trade. The organizers, members of the 100-strong New England Santa Society, decide to tackle a complicated and historic problem — the lack of diversity in the Santa industry. They decide to enlist a Black Santa named Chris, a Santa with a disability named Fin, and a transgender Santa named Levi, each with their own surprising Santa origin story. Meanwhile, the Mrs. Claus delegation, led by veteran Dianne, becomes more outspoken in its calls for equal billing and pay. The arrival of the new Santas sparks a reckoning about what it means to embody the beloved role model and cultural icon. After graduation, the Clauses draw on their camp experiences to affect change in their communities. But they soon learn that not everybody is ready for Santas who “break the mold.”

“This film was a joy to make,” director and producer Nick Sweeney said in a statement. “I learned that being Santa is not easy, especially when you’re not a cookie-cutter Claus. Documenting the inspiring way our protagonists overcame the challenges thrown their way proved to me that being Santa is about what’s in your heart, and that there’s room for everyone in one of the world’s most popular traditions.”

“Films hold the power to change the way we see the world, and I believe everyone should see themselves reflected in Santa,” producer Stacey Reiss said in a statement.