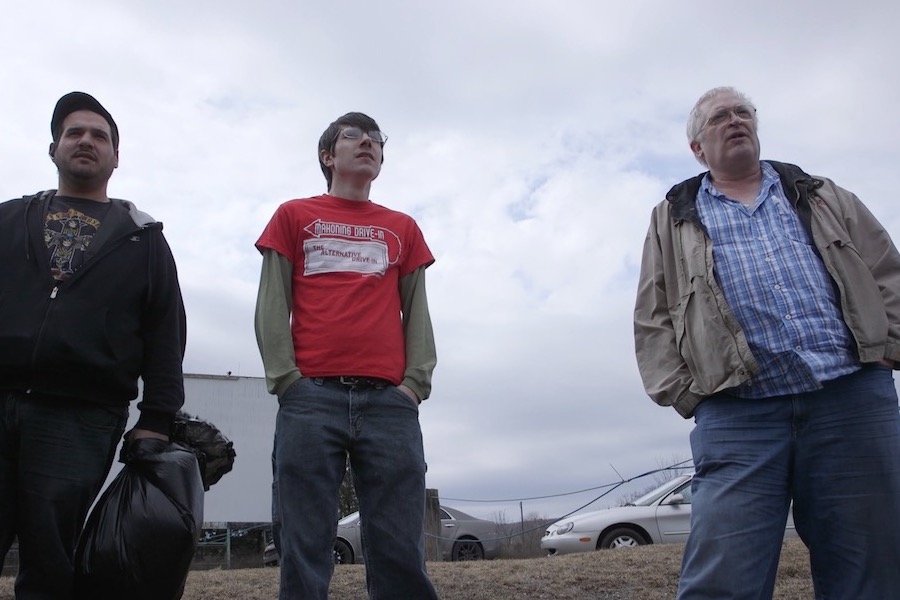 The documentary At the Drive-In will travel to DVD April 9 from MVD Entertainment Group.

From sleeping in the concession stand to working entirely for free, the quirky film fanatics at the struggling Mahoning Drive-in face uncertainty when Hollywood announces it will switch to digital projection for all new movies. Unable to purchase an expensive digital projector, the Mahoning gang pin their hopes of survival on showing only vintage 35mm film prints on their original 1940s projectors.

“Technology moves so fast today, faster than ever before. As technology distracts us from one another and segments us further into smaller audiences, it was just magical to see a bunch of people gather together in rural Pennsylvania to watch film flicker through a projector from 1948,” said director Alexander Monelli. “That’s ultimately what this documentary is about.”

At The Drive-In won Best Local Feature at the 26th annual Philadelphia Film Festival. It has also screened at multiple Alamo Drafthouses and at the TCL Chinese Theatre in Hollywood as an official selection of Dances With Films.

Bonus features include deleted scenes; three feature-length commentary tracks (two with cast members and one with the director); a 30-minute Q&A from an Alamo Drafthouse screening; and the trailer.

“AT THE DRIVE-IN” teaser trailer from Alexander Monelli on Vimeo.