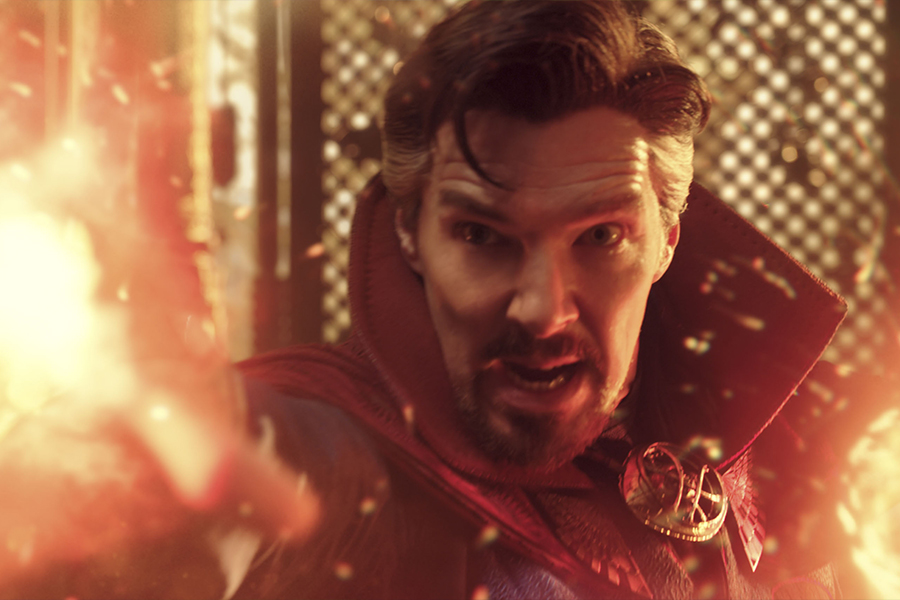 Disney’s Doctor Strange in the Multiverse of Madness topped the chart of the 10 most popular films on Fandango’s transactional digital service Vudu the week ended June 26.

The Marvel Comics-based sequel stars Benedict Cumberbatch, who returns as Doctor Stephen Strange, master of the mystic arts. Strange meets America Chavez (Xochitl Gomez), a teenage girl from a parallel world who has the power to travel between the multiverses. She is being pursued by an entity who seeks to control her power, leading Strange to vow to protect her. The film also stars Elizabeth Olsen, Chiwetel Ejiofor, Benedict Wong and Rachel McAdams, and was directed by Sam Raimi.

Rising from No. 3 to No. 2 on the chart was DreamWorks Animation’s caper comedy The Bad Guys, newly available for regular digital purchase (It was previously available at a premium price.). Distributed by Universal, the animated adventure follows reformed but misunderstood criminal animals who attempt to become good.

Sony Pictures’ Morbius, available for digital purchase and rental, fell from the top spot to No. 3 on the chart. The Marvel Comics-based film stars Jared Leto as the enigmatic superhero Michael Morbius. Dangerously ill with a rare blood disorder and determined to save others from suffering the same fate, Dr. Morbius attempts a cure that unleashes a darkness inside him.

Rising to No. 4 from No. 10 on the chart was Sonic the Hedgehog 2, on sale for digital rental and purchase. The sequel follows Sonic (voice of Ben Schwartz), who after settling in Green Hills is eager to prove he has what it takes to be a true hero. His test comes when Dr. Robotnik (Jim Carrey) returns, this time with new partner Knuckles (Idris Elba), in search of an emerald that has the power to destroy civilizations.

The Nicolas Cage comedy The Unbearable Weight of Massive Talent, newly available for digital rental (It’s been available for digital purchase.), rose from No. 8 to No. 5 on the chart. Cage stars as himself in the film. Creatively unfulfilled and facing financial ruin, the fictionalized version of Cage accepts a million-dollar offer to attend the birthday of a dangerous superfan (Pedro Pascal). Things take an unexpected turn when Cage is recruited by a CIA operative (Tiffany Haddish) and he must use his legendary acting skills, channeling his most iconic and beloved characters to become a real-life action hero.

Vudu’s top 10 titles for the week ended June 26, in terms of revenue, were: