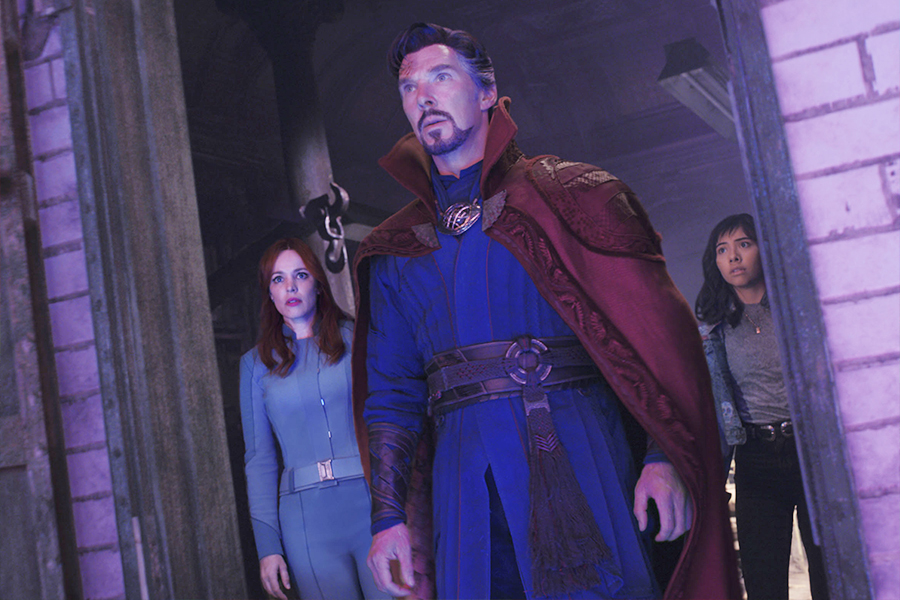 When there aren’t many notable DVD and Blu-ray releases for a few weeks, it doesn’t take much for big newcomers to take over the national sales charts.

At No. 1 on both charts was Disney-owned Marvel Studios’ Doctor Strange in the Multiverse of Madness, a sequel to 2016’s Doctor Strange and the 28th film in the Marvel Cinematic Universe canon. The movie finds Benedict Cumberbatch reprising his role as the master of the mystic arts, now tasked with preventing a malevolent force from capturing a young girl who has the power to travel between the realms of the multiverse. It earned $411 million at the domestic box office.

No. 2 on both charts, selling 58% as many copies as the top seller, was Paramount’s The Lost City, a romantic comedy adventure movie starring Sandra Bullock as a novelist who is kidnapped by an eccentric billionaire (Daniel Radcliffe) who wants her help finding a treasure described in her book, prompting her dimwitted cover model (Channing Tatum) to hatch a rescue plan. It earned $105 million at the domestic box office.

Another July 26 disc release, Warner’s Green Lantern: Beware My Power, debuted at No. 4 on the overall disc sales chart at about 15% of the top title. It was No. 3 on the Blu-ray chart. The direct-to-video release is the latest animated film based on DC Comics characters.

Those were the only new releases for the week to crack the top 50 overall sellers.

The top seller for three of the previous four weeks, Warner’s Fantastic Beasts: The Secrets of Dumbledore, slid to No. 3 on the overall chart and No. 4 on the Blu-ray Disc chart.