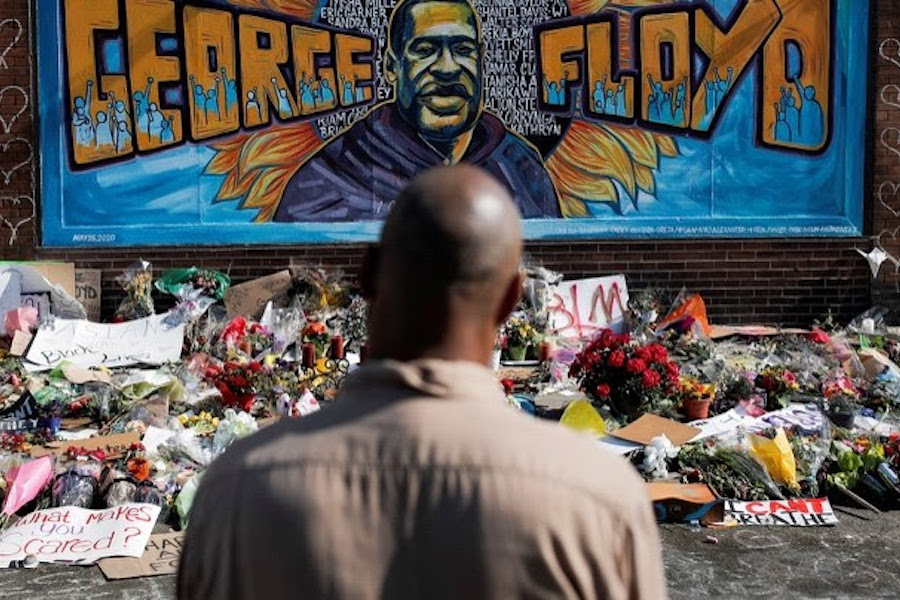 Frontline: Race, Poverty and the Pandemic

PBS Distribution in October will be adding a number titles focusing on current events and issues to the PBS Documentaries Prime Video Channel, including Frontline: America Unprotected: The Medical Supply Crisis, Latino Vote: Dispatches From the Battleground, Frontline: Race, Poverty and the Pandemic, Frontline: Battle for Hong Kong and Frontline: Amazon Empire — The Rise and Reign of Jeff Bezos.

Frontline: Race, Poverty and the Pandemic, which premiered Sept. 9, covers the effects of George Floyd’s death beneath the knee of a police officer, which has sparked grief and rage in the streets of Minneapolis and across the country. Jelani Cobb, a historian, professor of journalism at Columbia University and writer at The New Yorker examines a connection between George Floyd’s death and the disproportionate impact of COVID-19 deaths among African-Americans. Cobb helps put this volatile moment in context, explaining why we’ve reached a boiling point, and what he says needs to happen now. Cobb describes how the relationship between black Americans and the police has become a “barometer” for race relations in the country, drawing on his years of covering explosive tensions that he says are “overwhelmingly” in response to an issue of police use of force. “Once you looked at the way that policing functioned, it was almost an indicator of the way lots of other institutions were functioning in those communities,” he says. This time — as the nation battles a highly infectious outbreak — the outrage is spreading in a way that seems different, he says.

Frontline: Battle for Hong Kong, which premiered Sept. 9, covers the unrest in Hong Kong. In 2019, a controversial extradition bill that would allow criminal suspects to be sent for trial in mainland China sparked a massive and unprecedented pro-democracy movement in Hong Kong. At the start, the vast majority of protesters were peaceful, but a few tried to take on the police. The documentary traces what happened next. With remarkable access, the program follows five young protesters through intense and escalating clashes with Hong Kong’s police. The protesters say they’re fighting for their freedom against the communist government of China, which is due to take complete control of Hong Kong in 2047. China, meanwhile, says the protestors are “radicals,” “thugs” and “separatists.” The film tells the story of the eight-month, youth-driven pro-democracy movement through the eyes of the protesters. They are transformed — and, in some cases, radicalized — by their experiences. As the program unfolds, viewers meet Momo, a nurse in her late twenties; Vincent, a high school student who grew up in mainland China; Lomi, a researcher; Li, a young man who is married with a daughter; and Agnes, a veteran pro-democracy protestor. Through the stories of these five young people, the documentary explores the aims and motivations of the protesters. Amid concerns about China’s growing influence in Hong Kong, the extradition bill (which was eventually withdrawn) struck a nerve. Ultimately, the film sheds new light on what both the movement and the authorities’ response to it portend for Hong Kong’s future.

Frontline: Amazon Empire — The Rise and Reign of Jeff Bezos, which premiered Sept. 9, covers the rise of the tycoon. Amazon’s Bezos built a business empire that is unprecedented in the history of American capitalism — delivering endless products, entertainment services and technology innovations to customers with just a click of a button. But what is the cost of Amazon’s convenience? The documentary examines Amazon and Bezos’ ascent to power — and his ability to shape everything from the future of work, to the future of commerce, to the future of technology. From award-winning filmmakers James Jacoby and Anya Bourg (The Facebook Dilemma), the documentary draws on interviews with current top executives and former insiders, as well as regulators and critics, raising tough questions about Bezos and the empire he built. Through these interviews, Jacoby and Bourg’s investigation presents an inside look at who Bezos is, and how he transformed a tiny company run out of a garage into a staple of American consumerism that critics contend is willing to dominate the market at all costs.

Frontline: America Unprotected: The Medical Supply Crisis, which premieres Oct. 7, explores questions around readiness for the epidemic. Why was the U.S. left scrambling for critical medical equipment as the coronavirus swept the country? With the Associated Press the documentary investigates the fragmented global medical supply chain and its deadly consequences for Americans.

Latino Vote: Dispatches From the Battleground, which premieres Oct. 7, explores how voters in Nevada, Texas, Florida and Pennsylvania could very well determine the next American president. One of the top priorities on both sides of the political divide is to engage Latino voters. Projected to be the largest voting-eligible ethnicity in the country, Latino voters are often sought after by both Republicans and Democrats as if they are a monolith. With both younger Latinos and new citizens joining the ranks of registered voters across the country, the growing magnitude of this cross-section of the electorate has clear political implications for the 2020 presidential election. But trying to woo voters based on their cultural similarities without factoring in their complex and varying individual interests could prove to be a losing game plan. Following activists, organizers and others who are working to maximize Latino turnout in their local communities while simultaneously devoting their efforts to COVID-19 relief as the pandemic surges, the program delves into the high-stakes fight to activate Latino votes in these battleground states and give voices to newly registered Latino voters themselves about what the galvanizing issues are for them.