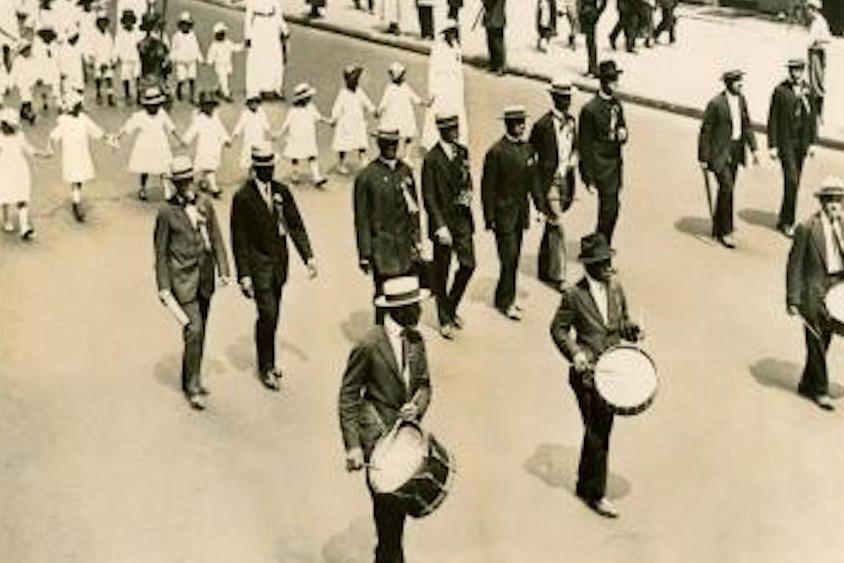 Making Black America: Through the Grapevine

First up is “Making Black America: Through the Grapevine,” professor Henry Louis Gates Jr.’s newest series highlighting the vibrant cultural and social spaces at the heart of the African American experience. The series, which begins streaming on Oct. 4, chronicles the vast social networks and organizations created by and for Black people beyond the reach of the “White gaze.” The four-part documentary series recounts the establishment of the Prince Hall Masons in 1775 through the formation of all-Black towns and business districts, historically Black colleges and universities, destinations for leisure, and the social media phenomenon of Black Twitter. Gates sits with noted scholars, politicians, cultural leaders and old friends including Charles M. Blow (journalist and commentator), Angela Davis (political activist, scholar and author), André Holland (actor), Fab 5 Freddie (hip-hop pioneer and visual artist), Jason King (chair of the Clive Davis Institute of Recorded Music), and Killer Mike (rapper and activist) to discuss this world behind the color line and what it looks like today.

Two films from Academy Award-nominee Stanley Nelson and Nicole London premiere during the month. Streaming starting Oct. 4 is the documentary Harriet Tubman: Visions of Freedom, a portrait of the woman known as a conductor of the Underground Railroad, who repeatedly risked her own life and freedom to liberate others from slavery. Streaming starting Oct. 11 is the documentary Becoming Frederick Douglass, the inspiring story of how a man born into slavery became one of the most prominent statesmen and influential voices for democracy in American history. Also added to the channel Oct. 3 is Nelson’s documentary The Murder of Emmett Till that prompted the U.S. Department of Justice to re-open the case. It features interviews with Till’s mother, witnesses, friends and others who reveal how the inadvertent violation of a code in the South cost a Black teenager his life.