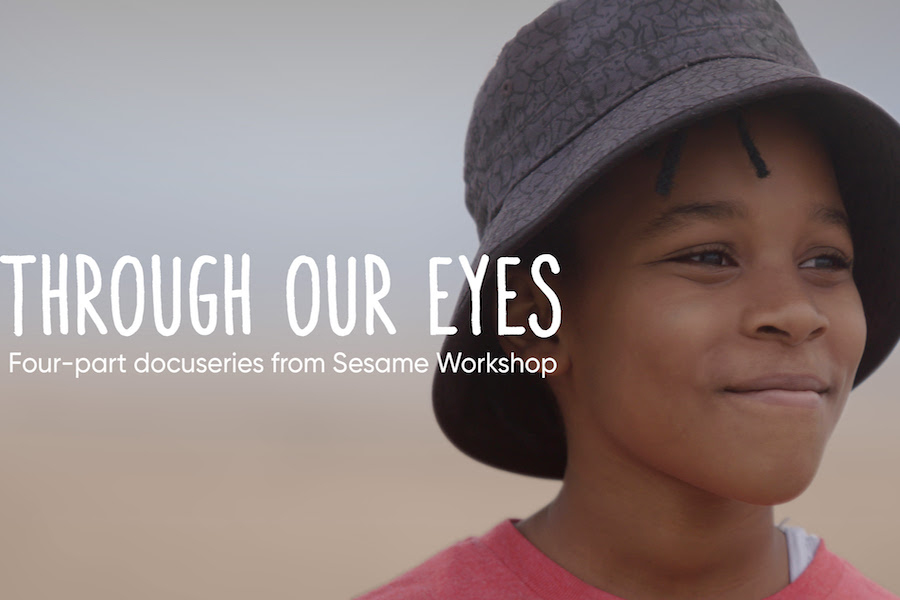 The documentary series “Through Our Eyes,” spotlighting the perspectives of children as they experience some of the most challenging issues facing families today, will begin streaming exclusively on HBO Max July 22.

The series explores issues of homelessness, parental incarceration, military caregiving and climate displacement in four 30-minute films designed for adults and as a co-viewing experience for kids ages 9 and older. The series is produced by Sesame Workshop, with each episode directed by lauded filmmakers.

Episode 101 “Through Our Eyes: Apart” looks at the effects of incarceration. One in 14 American children will experience the incarceration of a parent, and 2.7 million children have a parent in prison right now. This introspective portrait shows the effect of incarceration on families. “Apart” shares the experiences of three resilient children navigating the complex emotional challenges of their parents’ incarceration as their families work to provide stability and support. The episode is directed by Primetime Emmy award-winners Geeta Gandbhir (I Am Evidence, Call Center Blues) and Rudy Valdez (The Sentence). It had its world premiere at the 2021 Provincetown Film Festival.

Episode 102 “Through Our Eyes: Uprooted” looks at the effects of climate change. Since 2016, millions of people in the United States have been displaced by weather-related disasters that are occurring more frequently and with greater intensity. In “Uprooted,” two children in Iowa face the loss of their family farm due to climate change, while a third in Texas waits for her hurricane-damaged home to be rebuilt. The film is directed by news and documentary Emmy Award nominee Talleah Bridges McMahon (Black America Since MLK: And Still I Rise, My Name is Pauli Murray).

Episode 103 “Through Our Eyes: Homefront” looks at the experiences of service member families. There are currently 1.9 million service members and veterans relying on caregiver support in the United States, and 3.4 million children live in the homes of these caregivers. In “Homefront,” three children of veteran families cope with the emotional impact of having a wounded parent, navigate the unique challenges of visible and invisible injuries sustained during military service, and embark on the family’s journey toward healing. The episode is directed by news and documentary Emmy Award winner Kristi Jacobson (A Place at the Table, Solitary).

Episode 104 “Through Our Eyes: Shelter” looks at homelessness. It follows three unhoused children and their parents in Los Angeles as they navigate housing insecurity. While each family’s circumstance is different, they are bound by love and a common determination to keep their dreams alive.  The film, which won the AFI Docs Audience Award for Best Short, is directed by Academy Award nominee Smriti Mundhra (St. Louis Superman, A Suitable Girl).