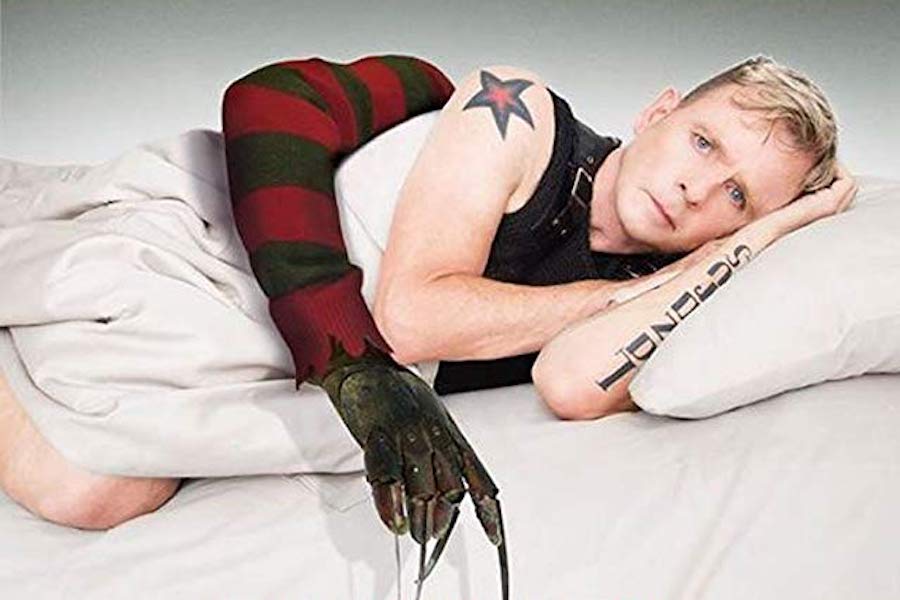 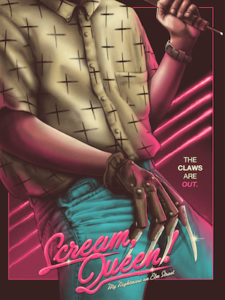 The documentary Scream, Queen! My Nightmare on Elm Street will come out on DVD and digital March 3 from Virgil Films and Entertainment.

Winner of the Dorian Award for LGBTQ Documentary of the Year, Tyler Jensen and Roman Chimienti’s film is about the classic fright movie The Advocate dubbed as “the gayest horror film ever made” — 1985’s A Nightmare on Elm Street 2: Freddy’s Revenge. For Elm Street 2’s closeted young star, Mark Patton, such a tag was a stark reminder about the homophobia rampant in Hollywood at the time — and the painful experience he had making the high-profile film and living through the polarizing critical aftermath. Scream, Queen! follows Patton as he travels to horror conventions across the United States. Each new city unwraps a chapter from his life that is met with equal parts joyful and bittersweet detail, as he attempts to make peace with his past and embrace his legacy as cinema’s first male “scream queen.” Scream, Queen! also finds Patton confronting the Freddy’s Revenge cast and crew for the first time, including co-stars Robert Rusler, Kim Myers and Clu Gulager, as well as Freddy Krueger himself, Robert Englund.

In addition, the documentary explores the status of Freddy’s Revenge as an LGBTQ cult classic and illustrates how the career turbulence experienced by Patton — whose resume includes stints on Broadway and a role in the 1982 film Come Back to the Five and Dime, Jimmy Dean, Jimmy Dean — wasn’t out of the ordinary for the time.

“There were plenty of gay actors like me,” says Patton. “They starred in one movie and just disappeared. A whole generation just vanished.”

“I was not an out gay actor in 1985. Nobody was. Hollywood was very homophobic and AIDSphobic, and when you signed on for roles, they often gave you a blood test,” he said. “So, if you were gay, you were hiding. I was a 25-year-old man, working very hard to have a career, and it was terrifying.”