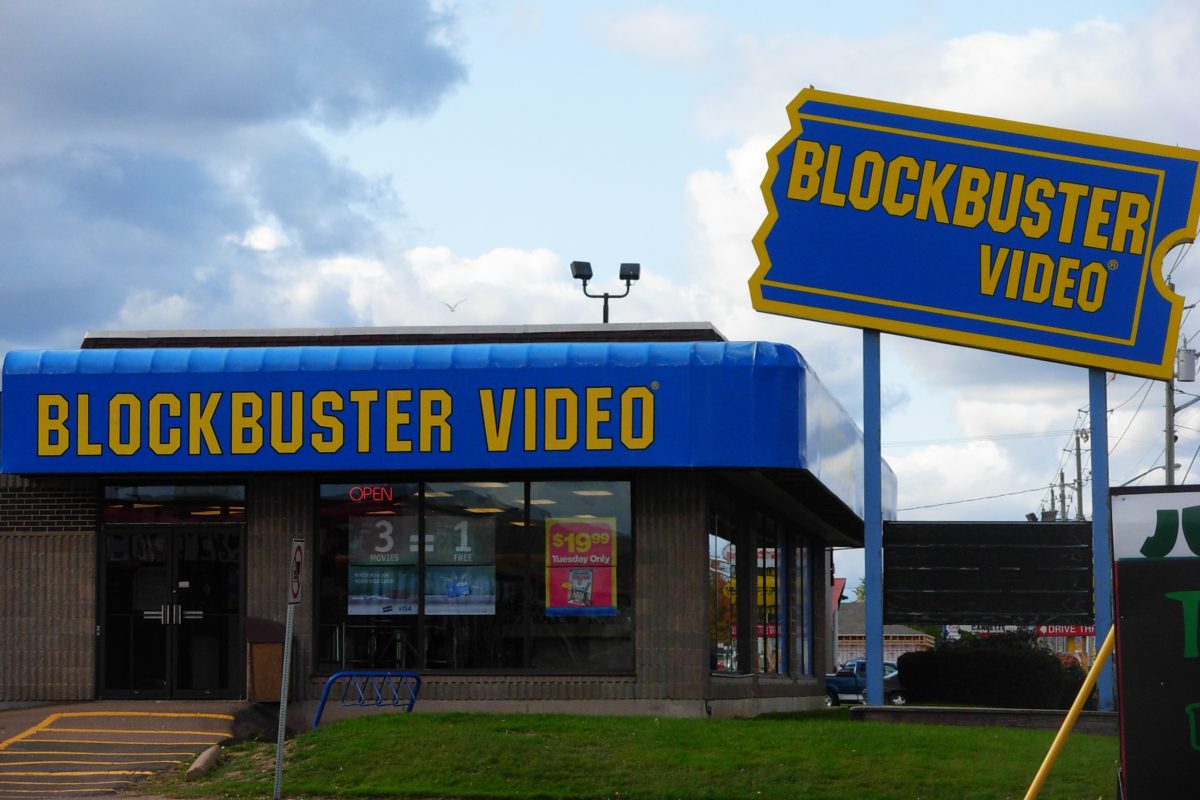 A Blockbuster Video store in Moncton, Canada (Photo from Wikicommons)

Popmotion Pictures Sept. 4 announced that it has completely funded its latest documentary project, The Last Blockbuster, via Kickstarter.

The Last Blockbuster chronicles the rise and fall of Blockbuster Video, once the nation’s leading video rental chain — whose slogan, “Make it a Blockbuster Night,” has been ingrained in pop culture.

At its peak, Blockbuster Video had more than 9,000 video rental stores, most of them with huge rental cassette inventories and massive “walls” of new releases. The advent of DVD, which shifted consumer behavior from renting cassettes to buying discs, triggered the chain’s decline, as did the rise of Netflix, which originally rented movies by mail, thus eliminating the return trips that consumers in survey after survey said they hated almost as much as another characteristic of video rental stores, late fees.

Blockbuster began losing money in the 2000s, and in 2010 filed for bankruptcy protection from its creditors. In 2011, the 1,700 Blockbuster Video stores that remained were bought by Dish Network, only to be systematically shuttered over the ensuing years.

The documentary follows the chain’s troubled history all the way down to the last remaining operational Blockbuster Video store in the country, which is located in Bend, Oregon.

The production team has launched a trailer and Kickstarter campaign to help complete the documentary, which may be accessed here.

While the project is now completely funded, with just under two weeks remaining on the Kickstarter project, the team is going to use any additional funds to expand the project with additional special features “and ideally can raise enough money to preserve the last Blockbuster store for eternity (in virtual reality),” according to a news release.

“When we started working on this documentary last year there were about a dozen Blockbuster video locations still standing,” said director Taylor Morden. “Now, we’re down to just one. As movie lovers and physical media enthusiasts, we took it upon ourselves to uncover the story of why? What makes Bend, Oregon and this store in particular so special? It’s a fun and uplifting story and quite frankly we think the world needs more stories like that these days.”