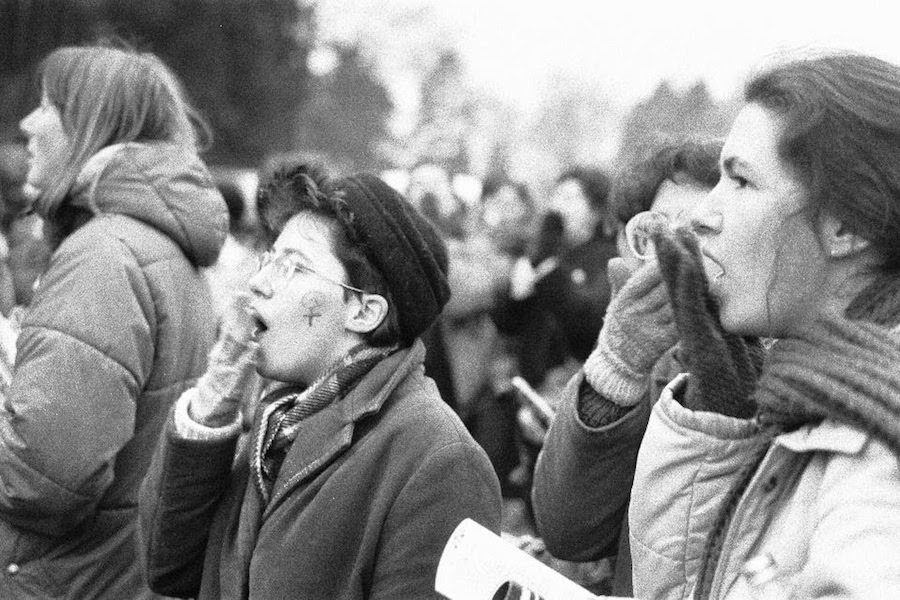 Mothers of the Revolution

Mothers of the Revolution, a feature-length documentary that tells the story of the women behind the Greenham Common Peace Camp, becomes available digitally Oct. 19 from Universal Pictures Home Entertainment.

On Sept. 5, 1981, a group of women marched from Wales to Berkshire in the U.K. to protest nuclear weapons being kept at RAF Greenham Common. The Greenham Common Women’s Peace Camp that followed challenged world leaders, altering the course of history and went on to inspire millions as the world’s first and biggest female-only demonstration, preceded only by the suffragettes.

Narrated by Glenda Jackson and featuring interviews with key participants including Julie Christie and Rebecca Johnson, alongside archival footage from the Greenham Common Women’s Peace Camp, Mothers of the Revolution takes viewers through one of the longest protests in history, when between 1981 and 2000, thousands of women from around the world came together at Greenham Common to take a committed stand against nuclear proliferation.