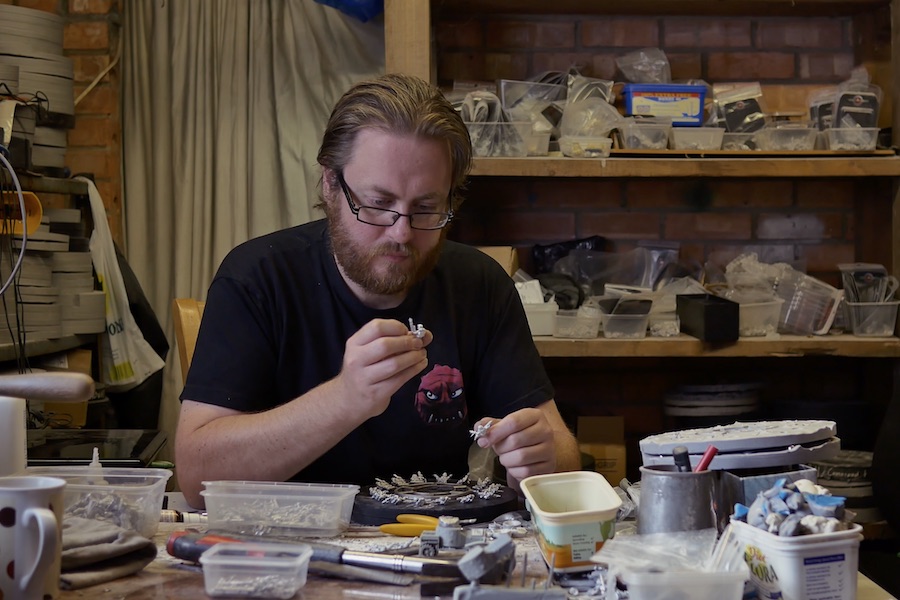 The documentary Miniature Wargaming: The Movie will come out via digital sellthrough and VOD Dec. 1 from Virgil Films.

The film dives into the heart of the miniature wargaming industry and reveals the impact it has on people’s lives. The film follows four individuals as they unveil how wargaming affects their lives in different ways: Andy Bryant, a British war veteran who turns to wargaming as an escape; Chris Nicholls, owner of a small business fighting to secure his family’s future; and two young gamers, Matt and Adam, who travel across Europe in a bid to fulfill their dream of competing in an international tournament. Finally, uncover the true story behind this incredible hobby with best-selling author Henry Hyde who reveals how this hobby came to pass.

The documentary includes never-before-seen footage with Sir Peter Jackson (director of the “Lord of The Rings” series) and interviews with Rick Priestley (creator of miniature games Warhammer and Warhammer 40,000), sculptors Alan and Michael Perry, and Warlord Games co-founders Paul Sawyer and John Stallard.

Miniature Wargaming: The Movie from Virgil Films on Vimeo.