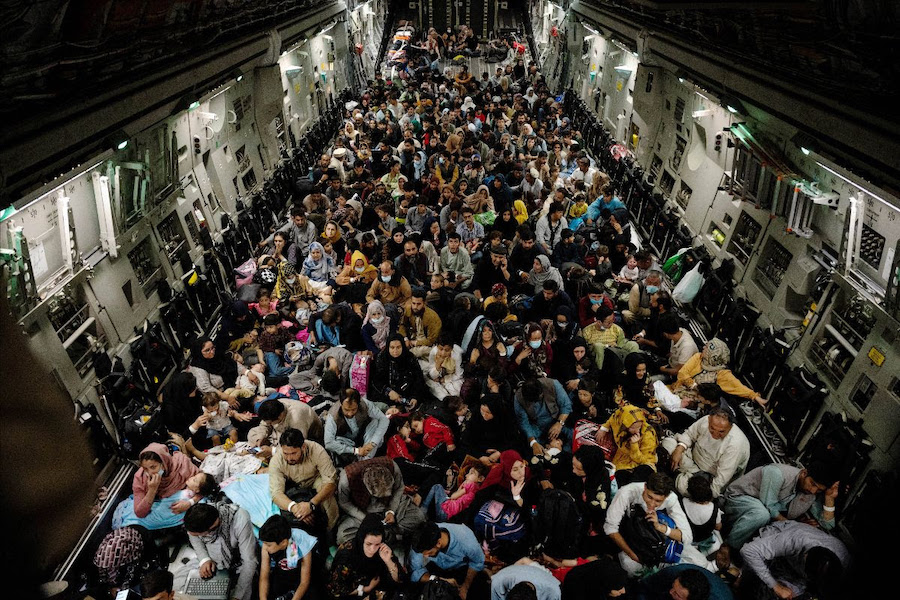 The HBO Original documentary film Escape From Kabul will debut on HBO and HBO Max Sept. 21.

Directed by Jamie Roberts (HBO’s Four Hours at the Capitol) and executive produced by Dan Reed (HBO’s Leaving Neverland and Four Hours at the Capitol), the documentary unfolds over 18 days in August 2021, from the U.S. withdrawal of its troops from Afghanistan  through the subsequent evacuation of tens of thousands of Afghan citizens from Kabul airport after the Taliban seized the city. The film combines never-before-seen archival footage from those on the ground at the airport, with exclusive interviews with people who were there throughout the period, including Afghan citizens attempting to flee, U.S. Marines tasked with managing the evacuation, and Taliban commanders and fighters who had recently taken the city.

After 20 years of war between the Taliban, (an Islamic fundamentalist group) and NATO forces, a small force of U.S. Marines were deployed to Kabul on Aug. 13 intending to evacuate U.S. citizens and “at risk” Afghans who had cooperated with the Americans and Allied Forces during the conflict. The orderly evacuation was meant to be implemented by the agreed-upon deadline of Aug. 31, but when the Taliban unexpectedly took control of the city two days after the Marines arrived, plans changed.

Fearing reprisals and crackdowns on human rights from the Taliban, thousands of Afghan men, women and children rushed to the airport, seeking an escape route. Taliban fighters, including suicide troops, encircled the airport perimeter in an uneasy truce with U.S. and Allied forces. With little advance planning, U.S. Marines battled daily to reclaim the overwhelmed airfield, all while a humanitarian catastrophe unfolded, with Afghan citizens spending days on end in the Kabul heat, without access to food or water, waiting to get through the gates to the airport. As the crowds grew increasingly desperate to leave, a tragic sequence of events unfolded, including a devastating suicide bomb attack that ISIS claimed responsibility for, killing 13 U.S. military personnel and more than 170 Afghan civilians.

Despite the chaos and suffering, 124,000 people were evacuated during the Kabul airlift, the largest in modern U.S. history, marking a devastating end to America’s longest-running war. A final coda, filmed in spring of 2022, confirms the Taliban government’s restrictions on women and girls and violent reprisals, leaving an uncertain future for many Afghan citizens who were not able to evacuate in August 2021.