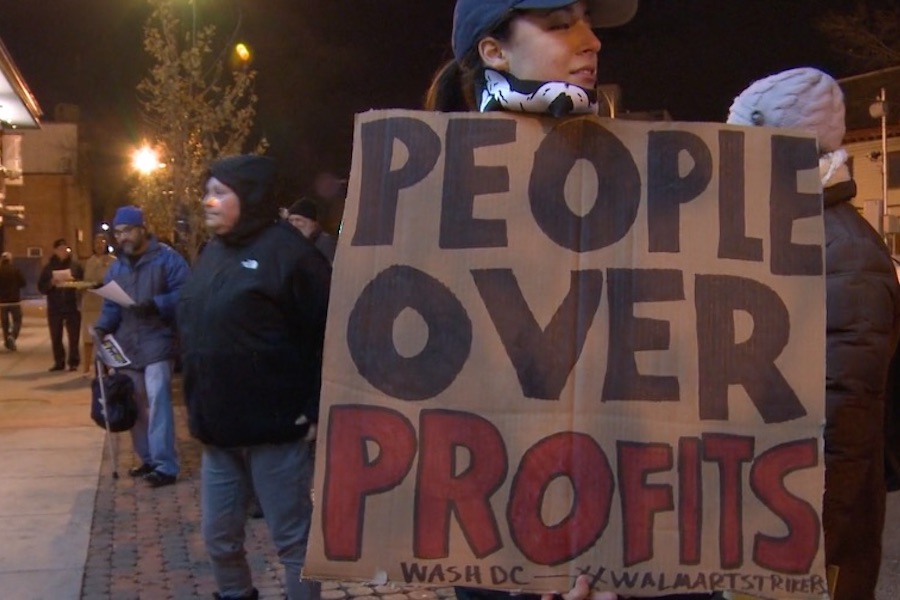 The documentary Dear Walmart will come out on DVD, VOD and EST Nov. 19 from Virgil Films.

Via in-store organizing and actions, Black Friday strikes, small group meetings, community outreach, national gatherings of workers, and online conversations with thousands of employees, Walmart workers have built a new labor movement that has compelled the retail giant to make changes, but not without setbacks.

Dear Walmart follows four characters in the OUR Walmart movement as it grows worker-by-worker, store-by-store and state-by-state, pushing for an historic win in 2015. While the film charts the national movement, it also reveals the personal side of standing up, as the characters transform not only Walmart, but themselves.