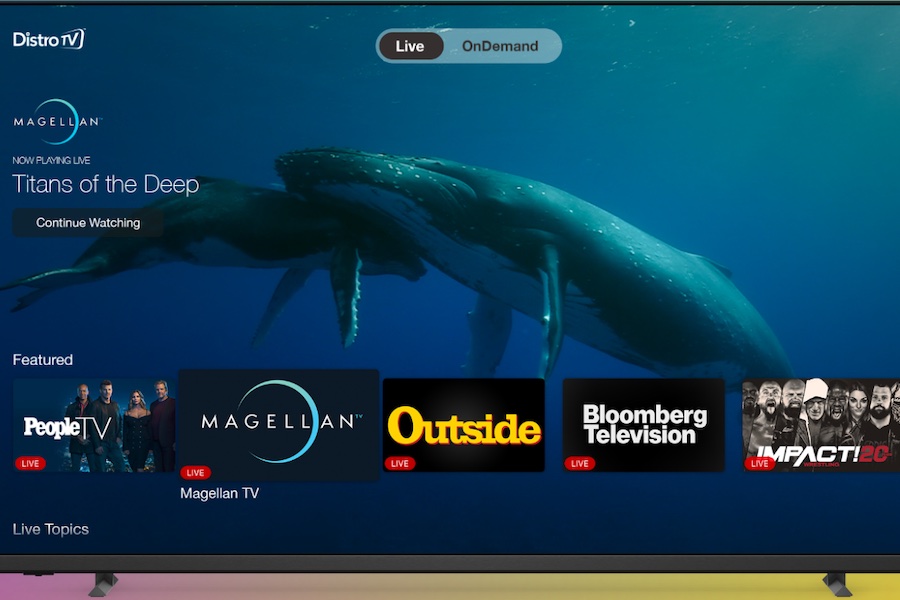 DistroTV features more than 270 multicultural channels with everything from news, sports, movies, music and entertainment, and lifestyle content, as well as thousands of hours of VOD content. This includes original content and new channel offerings that cater to English, Southeast Asian/Indian and Spanish-speaking audiences, as well as a recently released channel bundle that targets the African community. Available to stream for free in more than 60 markets through its apps on streaming devices and smart TVs, as well as worldwide on the Web through distro.tv, the app offers access with no registration, sign-up or fees required.

“We are thrilled to join the Vizio family, particularly at a time when we are continuing to grow our viewership and channel content at a rapid pace,” Navdeep Saini, co-founder and CEO of DistroScale, parent company of DistroTV, said in a statement. “By expanding our distribution via Vizio Smart TVs, we can continue to provide audiences with the content they crave, and all while maintaining our FAST no-sign up, credit card, or email required model.”

“Vizio appreciates DistroTV’s dedication to building personalized experiences for today’s streaming audience,” Chris Tanquary, senior director of business development at Vizio, said in a statement. “Vizio strives to be a place where viewers have endless entertainment options across all categories and genres, so, there is something for everyone.”