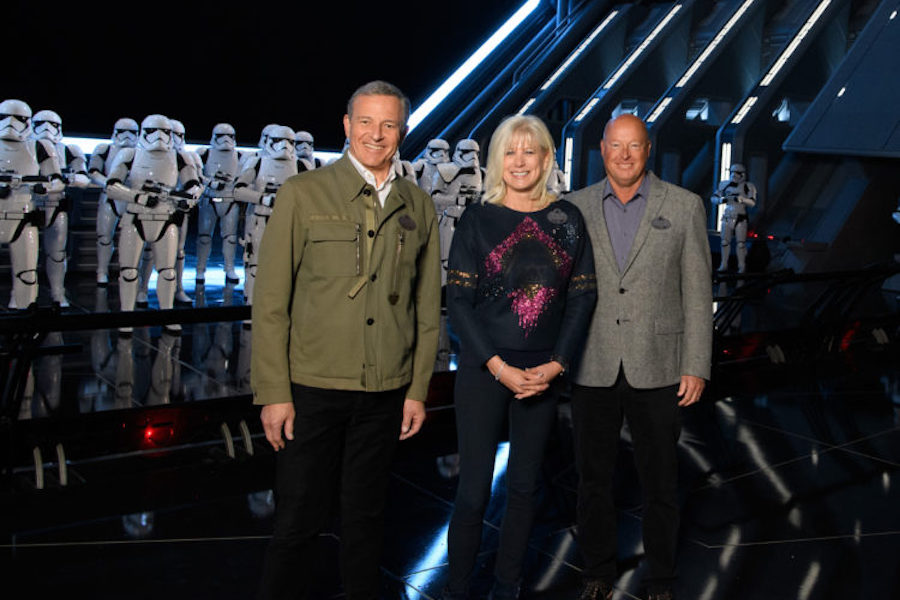 “Our company is very fortunate to have a deep bench of talent and we’re extremely pleased to welcome these two exceptionally qualified Disney veterans to our senior management team,” Chapek said in a statement. “Both Josh and Rebecca have more than two decades of leadership experience with the company, a keen understanding of our brands and businesses, and a shared passion and vision for delivering extraordinary entertainment and one-of-a-kind experiences.”

A 23-year Disney executive, Campbell since 2017 has worked closely with Chapek as president of Disney Resort, including Disneyland and Disney California Adventure. Before that, Campbell led the Magical Kingdom’s European, Middle East and Africa operations.

D’Amaro, who most recently served as president of Walt Disney World Resort, succeeds Chapek as chairman, Disney Parks, Experiences and Products. In his new role, D’Amaro will attempt to jumpstart Disney’s shuttered travel and leisure businesses, which include six theme park-resort destinations in the United States, Europe and Asia; a cruise line; a vacation ownership program; and a guided family adventure business.

Walt Disney World Orlando is re-opening retail center Disney Springs on May 21 — 10 days after the re-opening of Shanghai Disneyland and Disneytown in China.