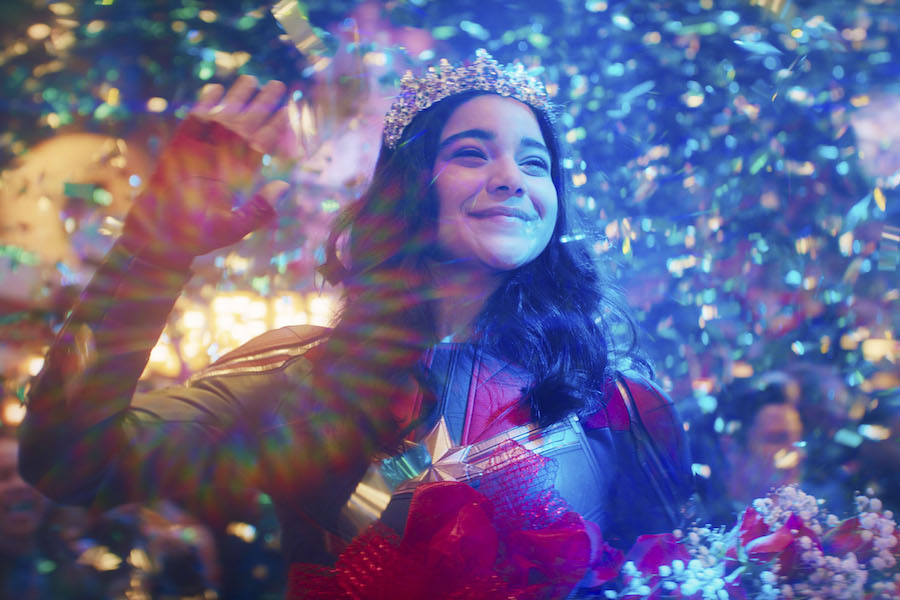 “Ms. Marvel” starts streaming on Disney+ June 8. The Marvel Studios’ series introduces Kamala Khan, a Muslim American teenager growing up in Jersey City. An avid gamer and a voracious fan-fiction scribe, Kamala is a superhero mega fan with an oversized imagination — particularly when it comes to Captain Marvel. Yet Kamala feels like she doesn’t fit in at school and sometimes even at home — that is, until she gets superpowers like the heroes she’s always looked up to.

The third season of “The Umbrella Academy” starts streaming on Netflix June 22. The series, based on the comic books of the same name, follows a group of superheroes adopted at birth by a mysterious billionaire who face the end of the world.

Jurassic World: Dominion debuts in theaters June 10. It’s the third in the “Jurassic World” series and the sixth in the series that started with Jurassic Park. It takes place four years after Isla Nublar has been destroyed as dinosaurs live — and hunt — alongside humans all over the world.

Most Anticipated Movies for June: