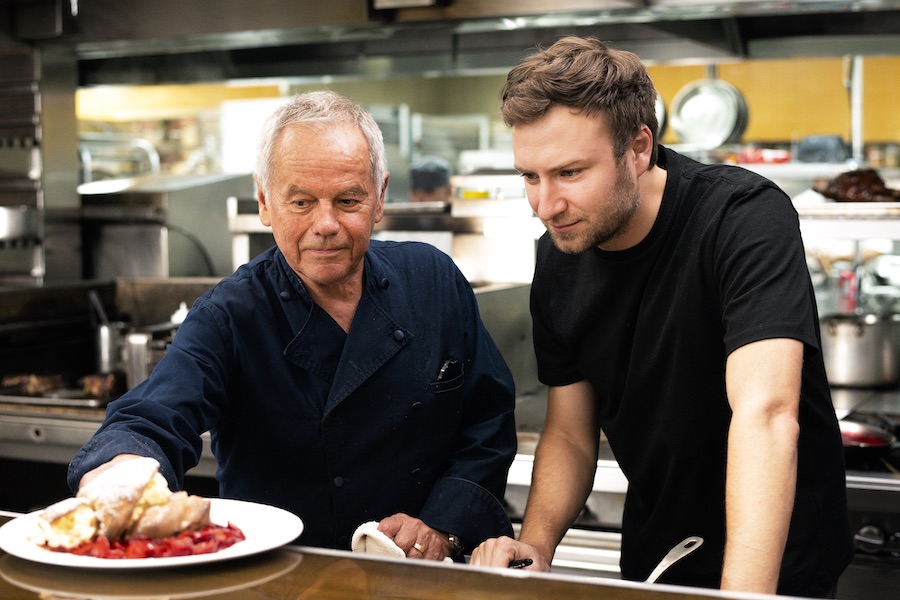 Disney+ Oct. 18 gave the documentary filmmaking community at the International Documentary Association an inside look at the streaming service’s nonfiction content strategy, including announcing titles and filmmakers involved in the programming.

Disney+ is now available for preorder in the United States for $6.99 per month or $69.99 per year, although certain discounted plans are available. The service launches Nov. 12.

Disney+ has acquired the worldwide distribution rights to the documentary Howard. Directed by Don Hahn (Beauty and the Beast), Howard is the untold story of Howard Ashman, the lyricist behind Disney classics such as Aladdin, Beauty and the Beast, The Little Mermaid and creator of musicals including Little Shop of Horrors. The film will stream exclusively on Disney+ in 2020.

“People & Places” relaunches the original Walt Disney documentary short film series from the 1950s and 1960s. Following in Walt Disney’s footsteps, the series will focus on real-life stories of extraordinary people and places from around the globe that embody the Disney ethos — all told by a mix of up-and-coming and established filmmakers.

Disney+ will also be the exclusive global streaming home for National Geographic’ documentary film Science Fair, which will be available when the service launches on Nov. 12. The winner of audience awards at Sundance Film Festival and SXSW Film Festival, the film follows nine high school students from around the globe as they navigate rivalries, setbacks and, of course, hormones, on their journey to compete at The International Science and Engineering Fair.

Also on tap is an untitled Mickey Mouse documentary from award-winning producer Morgan Neville (Won’t You Be My Neighbor?, 20 Feet From Stardom) and director Jeff Malmberg (Marwencol, Shangri-la). The film will work to decode Mickey’s deeper significance, getting to the core of what his cultural impact says about each of us, and about our world, according to Disney.

Wolfgang, directed by Supper Club co-founder David Gelb (Jiro Dreams of Sushi), will be an intimate portrait of the life and work of the original “celebrity chef,” Wolfgang Puck.

Actress/filmmaker Gillian Jacobs will direct the first episode of the previously announced “Marvel’s 616” series. From the perspective of what it means to be a woman in what’s perceived to be a male-driven industry, “Higher, Further, Faster” will shine a light on the trailblazing women of Marvel Comics and explore how they found ways to tell stories of representation and inclusion. Other episodes will focus on a range of topics, including taking an intimate look at the cosplay community, exploring Marvel’s influence and relationship with hip-hop, visiting illustrators who live and work internationally, and following a high school theater production of Marvel and Disney’s “Spotlight” program. “Marvel’s 616” will stream exclusively on Disney+ in 2020.

Executive Producer Kristen Bell shared the first extended look at her unscripted series “Encore!” The series brings together former castmates of a high school musical, tasking them with re-creating their original performance in a high school reunion like no other. Each episode follows a new cast of returning alumni as they attempt to pull off a standing-ovation-worthy performance of beloved musicals such as The Sound of Music, Beauty and the Beast and Annie. “Encore!” will stream exclusively on Disney+ Nov. 12.

Academy Award and Emmy Award-nominated director and producer Leslie Iwerks (The Pixar Story, Citizen Hearst) gave a look inside the production process of her documentary series “The Imagineering Story.” The six-hour saga chronicles the 67-year history of Walt Disney Imagineering, and streams exclusively on Disney+ Nov. 12.

Jeff Goldblum, who executive produces and stars in “The World According to Jeff Goldblum” from National Geographic, premiered the “Tattoos” episode. Each episode of the series is centered around something we all love‚ like sneakers or ice cream‚ as Jeff pulls the thread on deceptively familiar objects and unravels astonishing connections, fascinating science and history, amazing people, and surprising big ideas and insights. “The World According to Jeff Goldblum” streams exclusively on Disney+ Nov. 12.

“Disney has a rich history in nonfiction storytelling that dates back to the 1940s,” said Strauss. “The projects announced and showcased here today reflect Disney+’s commitment to building on Walt’s storytelling ethos and core values of creativity, innovation, and exploration.”