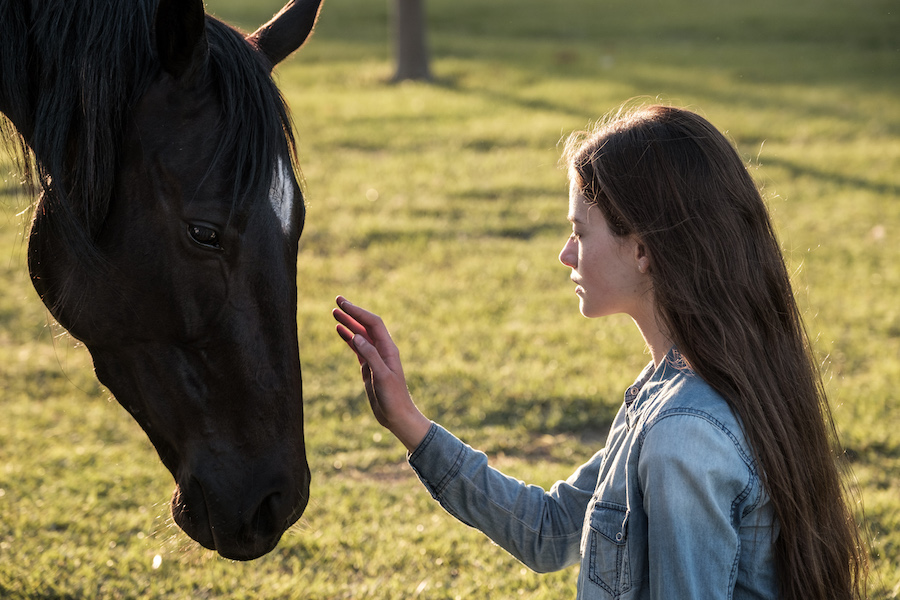 The story, featuring Kate Winslet (as The Reader) and starring Mackenzie Foy (Interstellar), follows Black Beauty, who is a wild mustang born free in the American west. When she is captured and taken away from family, her story intertwines with that of 17-year-old Jo Green, similarly grieving over the loss of her parents. The two slowly develop a bond that is built on love, respect and mutual healing.