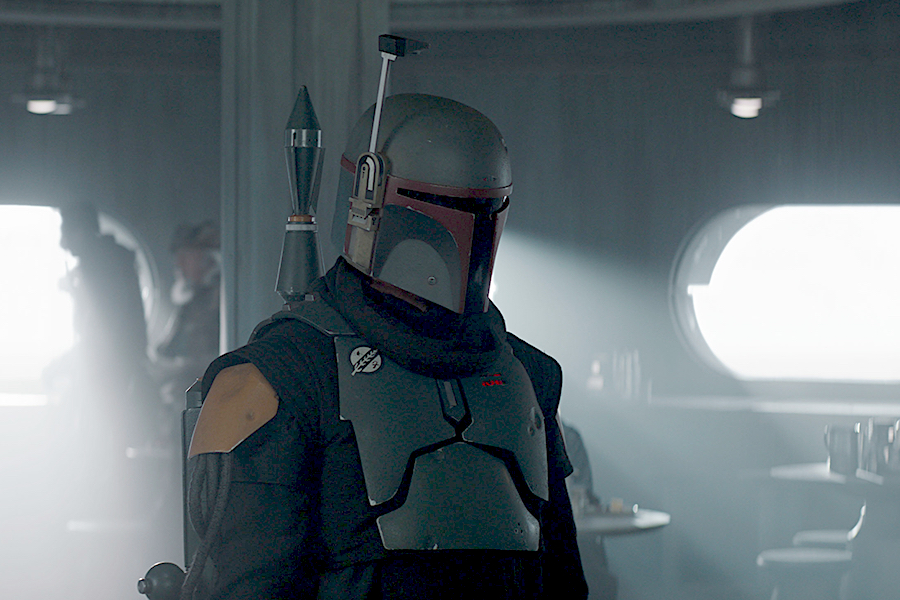 Boba Fett on "The Mandalorian"

While Disney announced several new “Star Wars” Disney+ shows at its Dec. 10 investor day, it left one for a surprise reveal during the streaming service’s flagship series. The Dec. 18 season two finale of “The Mandalorian” contained a teaser for a new Disney+ show called “The Book of Boba Fett” to debut in December 2021.

Boba Fett is a legendary bounty hunter in “Star Wars” lore first introduced in an animated segment of the 1978 Star Wars Holiday Special before playing a minor role as an antagonist to Han Solo in 1980’s The Empire Strikes Back and 1983’s Return of the Jedi, with the character seemingly dying in the latter during a battle against the crime lord Jabba the Hutt.

A younger Boba Fett appeared in 2002’s Attack of the Clones, where audiences learned that he was an unaltered clone of Jango Fett, another bounty hunter who served as the template for an army of clones. After Jango’s death in that film, young Boba took up bounty hunting himself, as seen in the “Clone Wars” animated series. 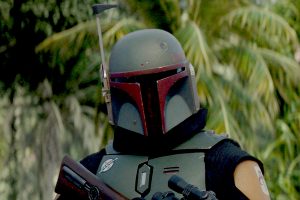 Season two of “The Mandalorian,” set about five years after Return of the Jedi, revealed that Boba survived the events of the film, and was now in league with the assassin Fennec Shand (Ming-Na Wen). The pair agreed to help the title character protect Grogu, the child nicknamed “Baby Yoda” by franchise fans.

Fett is played by Temuera Morrison, who previously portrayed Jango and the clone troopers in the “Star Wars” prequels, and who also voiced Boba for the special-edition DVD of Empire.

Some industry watchers had been reporting that Morrison was currently filming what they assumed was either a Boba Fett show or the third season of “Mandalorian,” and found it curious that the investor event didn’t mention anything related to the character, while other spinoffs such as “Ahsoka Tano” were touted.

In the preview for the new show, which plays as a post-credits scene for the “Mandalorian” finale, Boba Fett returns to Jabba’s Palace on Tatooine with Shand. Jabba’s court in the criminal underworld is now presided over by his former majordomo, Bib Fortuna, who expresses surprise at seeing Fett is alive. Fett shoots Fortuna, then takes a seat on the palace throne with Shand at his side.

Update 12/21/20: “The Book of Boba Fett,” set within the timeline of “The Mandalorian,” will star Temuera Morrison and Ming-Na Wen, and will be executive produced by Jon Favreau, Dave Filoni and Robert Rodriguez.