When Disney officially launches its Disney+ subscription streaming service on Nov. 12, the monthly fee will be $6.99 per month, or $70 paid annually ($5.83).

The media giant has also been quietly offering consumers (through Oct. 11) holding annual pass memberships to its theme parks a discounted three-year subscription option priced at $170, or $4.72 per month.

But a Gizmodo.com story disclosed a link that combined with the password “PARKSPASS3YEARS” will get anyone the same discounted deal.

The offer does not include Hulu or ESPN+, which Disney is combining with Disney+ for $13 per month. 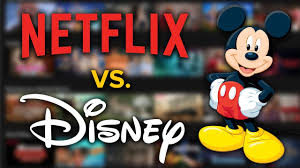 The loss-leading price is largely aimed at undermining Netflix’s SVOD market stranglehold and pricing (from $8.99), it also guarantees Disney+ will lose money for the foreseeable future.

Indeed, Disney doesn’t expect to see a profit on Disney+ until 2024 — despite subscriber projections from 60 million to 90 million worldwide, according to the company’s recent investor day event.

By comparison, Apple’s pending $4.99 Apple TV+ SVOD service is projected to generate 100 million subs over the next three years due to heavy marketing targeting an iPhone install base exceeding 900 million worldwide, according to analyst firm Wedbush Securities in Los Angeles.

Analyst Michael Pachter says the Disney+ launch and likely loss of most Disney and Fox content on Netflix could cost the SVOD pioneer 25% of its total viewing hours.

Disney/Fox intellectual property includes all of Netflix’s cancelled Marvel Defenders Universe series (“Daredevil,” “Jessica Jones,” “The Punisher,” “Luke Cage” and “Iron Fist”) and Disney+’s pending Marvel Defenders Universe series (“The Falcon and the Winter Soldier,” “Wanda Vision,” “What If…?” and “Hawkeye”), in addition to “The Simpsons” and expansive movie catalog.

“[With] Disney launching its own service at a discount to Netflix’s subscription price, while consolidating ownership of Hulu, Netflix will have to work even harder to procure original content compelling enough to support a separate subscription,” Pachter wrote in a note. “We expect Netflix to suffer the double whammy of seeing existing content migrate to competitive services at the same time that new domestic subscribers are more difficult to attract.”