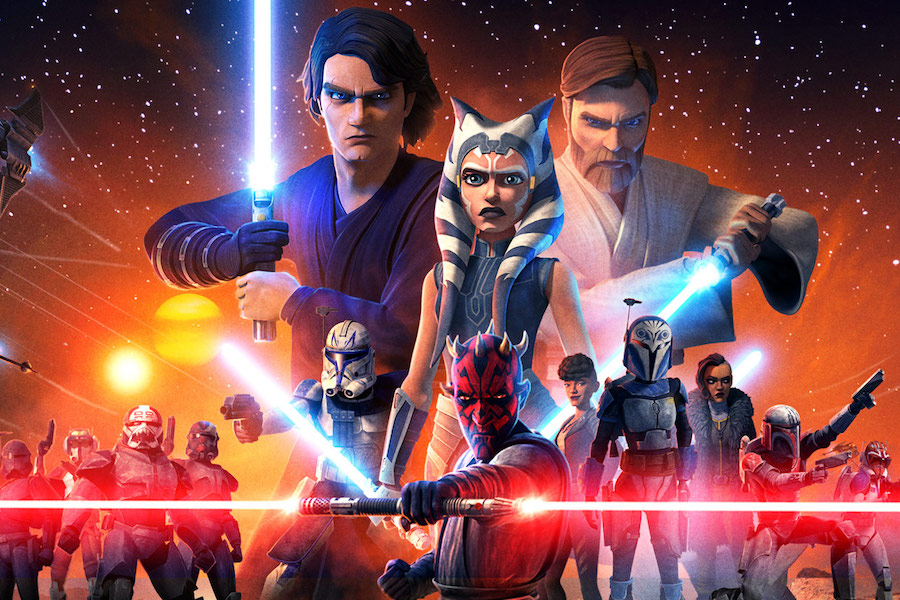 Disney’s branded subscription streaming video service is readying the upcoming “Star Wars Day” (“May the Fourth”) with new original content, in addition to the service’s complete collection of “Star Wars” movies and shows.

Originally conceived as a fan-generated grassroots holiday, “Star Wars Day” has evolved into a celebration of the Star Wars franchise and saga. Disney will be streaming the conclusion of “Star Wars: The Clone Wars,” in addition to the global premiere of the new eight-episode documentary series “Disney Gallery: The Mandalorian,” from executive producer Jon Favreau.

The doc takes a look at the making of the series, which became a pop culture phenomenon after premiering in November. Each chapter explores a different facet of the first live-action “Star Wars” television show through interviews, never-before-seen footage and roundtable conversations hosted by Favreau.

“‘Disney Gallery: The Mandalorian’ is an opportunity for fans of the show to take a look inside and get to see a different perspective, and perhaps a greater understanding, of how ‘The Mandalorian’ came together and some of the incredibly talented contributors throughout season one,” Favreau said in a statement.

Topics this season include the filmmaking process, the legacy of George Lucas’ “Star Wars,” how the cast brought the characters to life, the series’ groundbreaking technology, the artistry behind the show’s practical models, effects, and creatures, plus the creative influences, the iconic score, and connections to Star Wars characters and props from across the galaxy.

After seven seasons, the CG-animated “Star Wars: The Clone Wars” will come to a close on May 4, giving fans around the world the chance to watch the finale together for Star Wars Day.

The Emmy award-winning “Star Wars: The Clone Wars” was created by George Lucas and Lucasfilm Animation with Dave Filoni (“The Mandalorian”) serving as Executive Producer/Supervising Director.

The highly anticipated conclusion to the acclaimed series explores the events leading up to Star Wars: Revenge of the Sith.