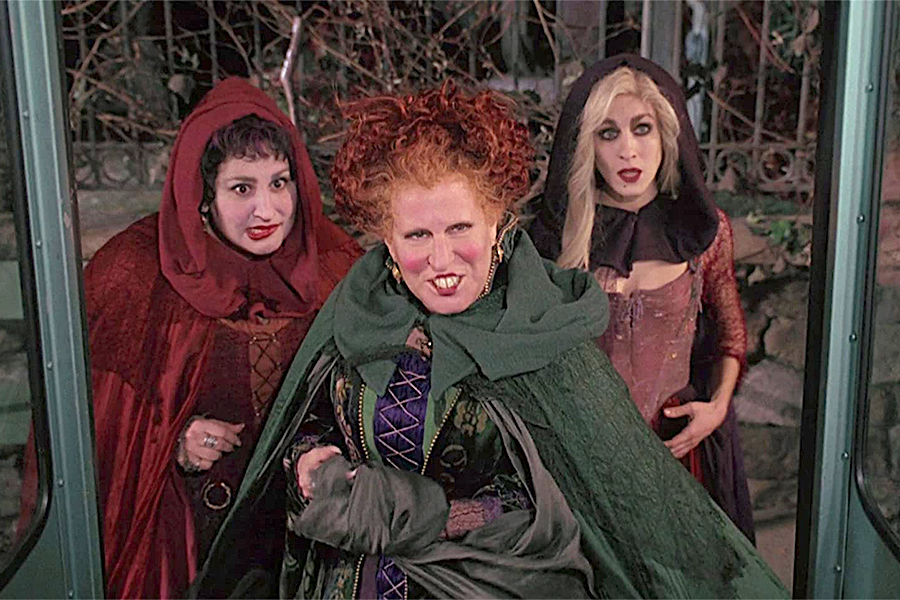 The sequel to the 1993 classic finds the three witches, played by Bette Midler, Kathy Najimy and Sarah Jessica Parker, brought back to modern day Salem by two young women who must stop them from wreaking havoc.

Taking the No. 3 spot on the chart was Netflix’s Blonde, which began streaming Sept. 28. The movie is a fictionalized take on the life of Marilyn Monroe and stars Ana de Armas.

Falling from No. 2 to No. 4 on the chart was Disney/Marvel’s Thor: Love and Thunder, which began streaming on Disney+ Sept. 8. The superhero film finds the God of Thunder (Chris Hemsworth) on a journey unlike anything he’s ever faced — one of self-discovery. But his efforts are interrupted by a galactic killer known as Gorr the God Butcher (Christian Bale), who seeks the extinction of the gods.

Dropping from the top spot to No. 5 on the chart was Netflix’s Do Revenge. An updated twist on the classic Alfred Hitchcock thriller Strangers on a Train, the movie follows two high school girls who make a pact to exact revenge on each other’s rival. It began streaming Sept. 16.