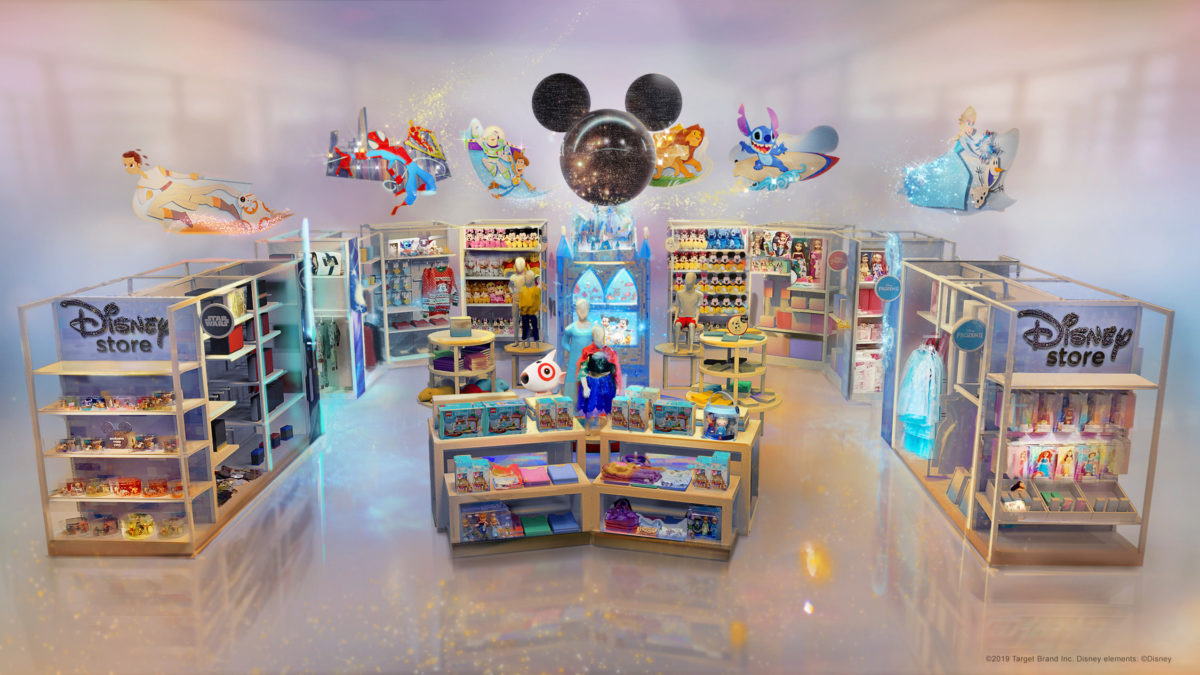 The partnership also includes a Disney-focused digital experience on Target.com. Additionally, a new Target store will open at Flamingo Crossings Town Center at the western entrance of the Walt Disney World Resort in 2021.

To Bob Chapek, chairman of Disney Parks, Experiences and Products, and former head of home entertainment, the retail collaboration combines two companies’ focus on families at the retail level.

“Disney and Target share a common vision to provide our guests and consumers with innovative and unique experiences, and high quality product,” Chapek said in a statement.

“This collaboration reflects the strength of our platforms and assets to create value for guests and growth for both companies beyond the traditional retail model,” he said.

The branded stores will showcase specialty merchandise from Disney, Pixar, Marvel and Star Wars, in addition to featuring clips of movies available theatrically and in home entertainment.

Target remains one of the largest retailers of packaged media entertainment.

The launch will include a new assortment of merchandise from Disney’s Frozen 2 and Star Wars: The Rise of Skywalker. Additional locations will be added to more Target stores over the next year to expand the Disney store retail footprint.

The Disney stores will be Target-operated, branded “shop-in-shop” with an average of 750 square feet, strategically located inside Target stores adjacent to kids clothing and toys, replicated online at Target.com/Disneystore and on the Target app.

The “shop-in-shop” will feature an enhanced Disney assortment of more than 450 items, including more than 100 products that were previously only available at Disney retail locations.

They’ll also be able to access collectible merchandise, including the Disney Animators’ Collection with dolls, clothing and accessories. Items will range in price from $2 to $200, with many items under $20.

Consumers will be able to take advantage of all of the benefits of shopping at Target when they purchase items from Disney store at Target, whether online or in stores.

Target consumers can purchase Disney products with 5% off using their Target REDcard and can take advantage of convenient pickup and delivery options, including same-day pickup, same-day delivery and free two-day shipping.

Disney store at Target will open in October in the following 25 Target stores: