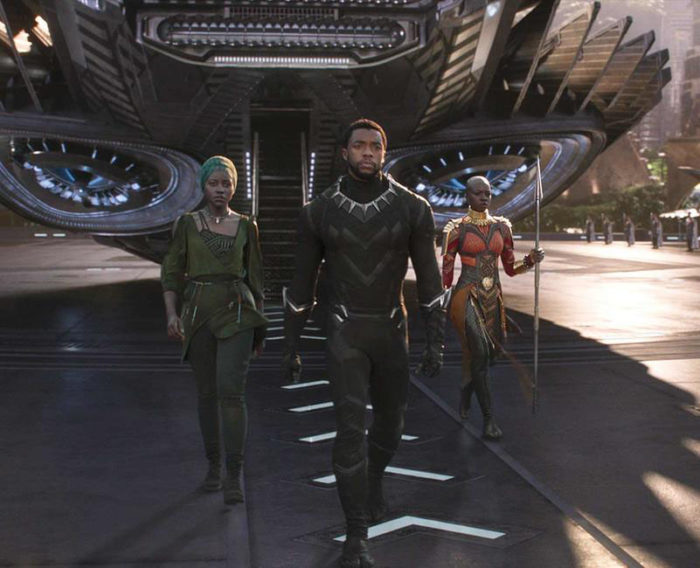 Disney/Marvel Studios’ Black Panther continues to impress at the box office through its opening weekend.

The film also generated $169 million internationally – reportedly No. 15 all-time – despite not yet opening in Russia, China and Japan – the latter No. 1 & 2 foreign theatrical markets.

The 18th movie in the Marvel franchise has injected life in the brand while shattering stereotypes as a culturally significant media event.

Ahead of its release, Panther was seen by some observers as a superhero movie for largely black audiences. Indeed, local media in Atlanta – the largest city in the South with 54% African-American racial makeup – appeared to confirm the projections talking with black moviegoers.

Respondents overwhelmingly said the motivating appeal of the movie was seeing a black action superhero instead of the usual gang member or thug.

“The hero’s black. That’s it,” one moviegoer told 11Alive in Atlanta.

Yet, box office receipts would suggest the success of Panther transcends race – by a wide margin.

African-Americans represented just 15% of moviegoers in 2016, compared to white (51%), Latino (23%) and Asian (11%), according to the Motion Picture Association of America.

Panther has been heavily marketed by Disney on NBC during the Winter Olympics in Pyeongchang, South Korea – the quadrennial televised spectacle that generated 11% black viewers in 2010, according to Nielsen. Indeed, of the 2,952 athletes competing in the Games this year, a mere 43 (1.45%) are black.

More importantly, the movie has generated significant buzz among superhero fans across all demographics. The movie reportedly is the best-reviewed Disney/Marvel release, with a 97% “fresh” rating on content review aggregator Rotten Tomatoes.

“This film represents the winds of change. Hollywood has left money on the table for decades with a shortage of event-level films appealing to more diverse crowds,” Shawn Robbins, chief analyst at boxoffice.com, told CNBC. “This is the kind of shift audiences have waited a long time for.”