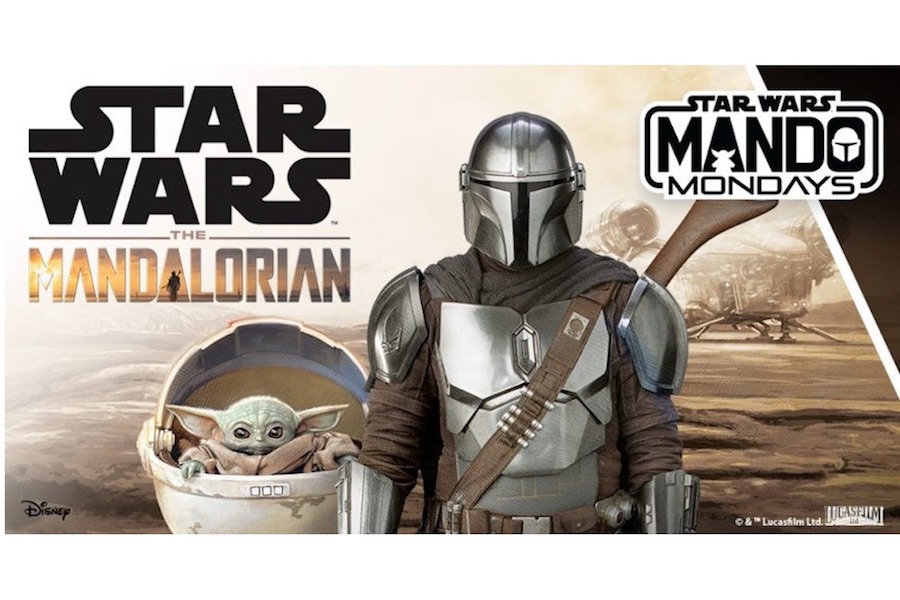 Disney and Lucasfilm Sept. 21 announced the pending launch of “Mando Mondays,” a global consumer products, games and publishing program launching Oct. 26 that will introduce merchandise inspired by the “The Mandalorian” series on the Disney+ subscription streaming video platform.

The “Star Wars” spinoff series — which took home seven awards during the 2020 Emmy Awards — will return for its second season Oct. 30, streaming only on Disney+. The Mandalorian and the Child (dubbed Baby Yoda by fans) continue their journey, facing enemies and rallying allies as they make their way through the dangerous galaxy in the tumultuous era after the collapse of the Galactic Empire.

Following release of new episodes every Friday on Disney+, subs can visit MandoMondays.com each Monday to see what new toys, collectibles, apparel, books, comics and related digital content will be unveiled. Mando Mondays will run for nine weeks, culminating on Dec. 21.

“When ‘The Mandalorian’ debuted last year on Disney+, the show became an instant phenomenon, with fans of all ages expressing excitement for products related to its iconic characters — particularly the Child,” Kareem Daniel, president of Disney Consumer Products, Games and Publishing, said in a statement. “This fall, as the world continues to watch the narrative unfold, we will further bring this unique Star Wars story to life through a must-have selection of toys, books, comics, digital content and more.”