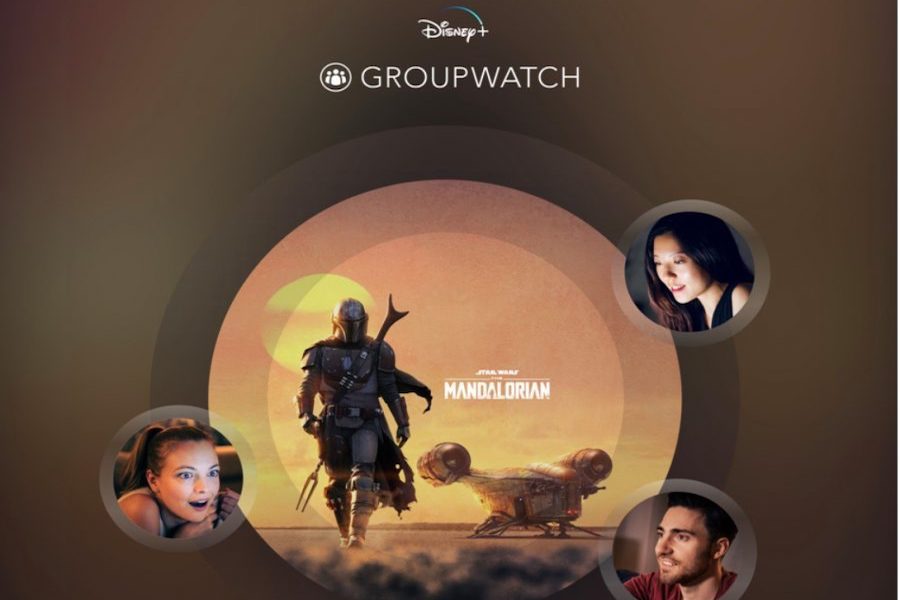 Disney+ is the latest subscription streaming video service to jump aboard the social media bandwagon promoting co-viewership among family and friends.

Dubbed “GroupWatch,” the feature — available Sept. 29 — enables a Disney+ subscriber (in the U.S. only) to invite up to six others (with Disney+ subscriptions) to stream content and interact socially together on an Internet-connected television, laptop or smart phone. The feature, which reportedly had been tested Canada, Australia and New Zealand prior to the coronavirus pandemic, was expedited into service due to the pending second-season launch of “The Mandalorian,” ongoing theater closures and influx of housebound viewers.

Subscribers (with the exception of children’s accounts) can share onscreen emojis (“like,” “funny,” “sad,” “angry,” “scared” and “surprised”) during a program — but cannot yet text chat with each other, a feature found on other platforms. The feature is available on all Disney+ programming with the exception of Premier Access, which means a subscriber paying $29.99 to own Mulan can’t share it with another subscriber who hasn’t purchased the movie.

“Storytelling comes alive when you’re able to share and enjoy it with others, and in this moment when many are still apart from their friends and family, GroupWatch offers a way to safely connect virtually by co-viewing your favorite Disney+ stories with your favorite people from the comfort of your living room,” Jerrell Jimerson, SVP of product management for Disney+, said in a statement.