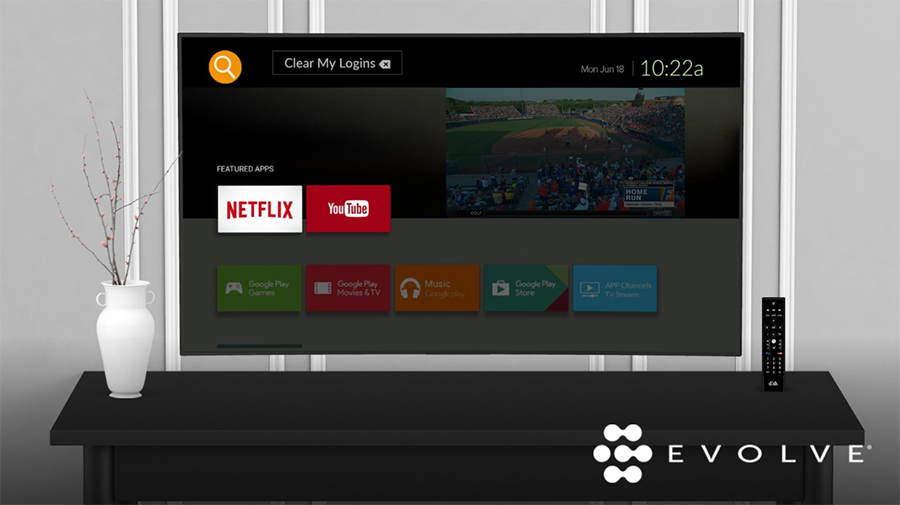 Dish Network June 18 announced it is now offering access to Netflix for guests staying at hotels connected to the satellite operator’s platform.

Separately, Bloomberg reports Dish is finalizing a $6 billion deal to buy assets from Sprint and T-Mobile to help the telecom meet regulatory approval for their merger.

Guests staying at hotels equipped with Dish’s Evolve platform can access to their personal Netflix accounts directly from the TV in their room.

Users can subscribe to Netflix or sign into their existing account by accessing the Netflix app via the on-screen TV menu, the linear channel guide or simply by pressing the Netflix button on the remote control. User credentials are automatically removed from the system when they check out of the room.

The launch of Netflix access makes Dish the first major pay-TV provider in the U.S. to integrate the SVOD service on a customized hotel TV platform.

Dish also introduced a new streaming service that allows guests to watch TV anywhere in a hotel, in-and-out of their rooms, on personal devices connected to the property’s network.

“Hotel operators can [now] offer … entertainment options for guests by personalizing the in-room TV experience or providing the flexibility to watch content anywhere on the property, like at the pool or gym,” Alistair Chatwin, VP of Dish Business, said in a statement.

Launched in 2017, Evolve integrates live linear programming, casting and streaming apps via the Google Play Store. It is designed to work with any hotel wiring scenario, as well as existing or upgraded network infrastructure.

Dish’s streaming service is available on browser-enabled devices and features 24 channels selected by the hotel and delivered over the property’s IP network.

Hotel owners have the option to customize the guest experience with personalization and branding opportunities in the streaming TV service user interface.