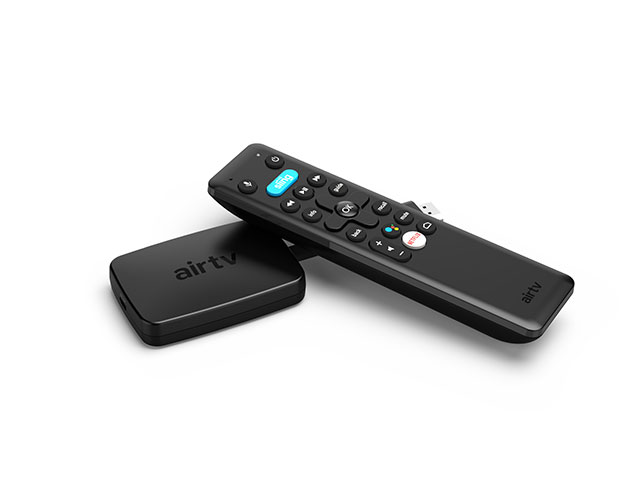 The palm-sized $79.99 AirTV Mini device integrates Sling TV, Netflix and other over-the-top apps, in addition to OTA digital channels when paired with a compatible antenna and a Wi-Fi-enabled network tuner.

“The AirTV brand is committed to making local TV relevant and easily accessible to streamers,” Mitch Weinraub, director of product development for AirTV, said in a statement.

Users simply plug the AirTV Mini into their television’s HDMI port to access the user experience. Once connected, the device will launch directly into the Sling TV app and users will see Netflix integrated into the Sling TV user interface.

The remote also has the ability to control televisions and sound bars, and features a prominent Sling TV shortcut button and a voice search button to find favorite shows and movies.

Voice controls are app-sensitive and allow users to find a specific show or movie within the app they are using, or make commands such as “go to guide,” “show me my DVR” or “rewind 10 seconds.”

AirTV Mini is equipped with a remote finder button, allowing users to locate a misplaced remote with the touch of a button.

For a limited time, new and eligible existing Sling TV customers can receive the AirTV Wi-Fi-enabled network tuner with an indoor antenna free when they prepay for three months of Sling TV (subscription must be $25/month or greater).