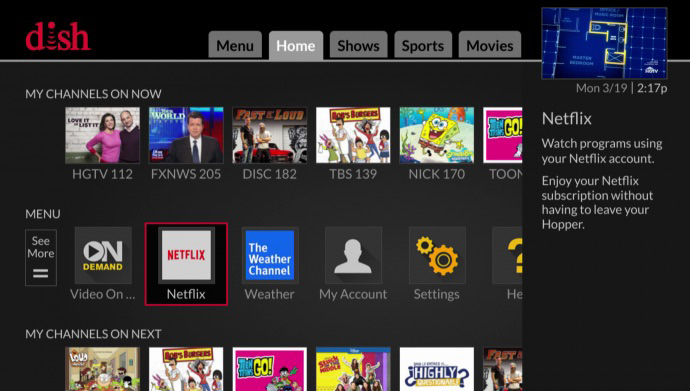 Similar to other third-party installs, direct access to the streaming video pioneer requires a separate subscription.

In January, Dish rolled out the Hopper Duo, a dual-tuner HD set-top for one- and two-TV households. Hopper Duo packages the most essential features of Dish’s Hopper 3 for consumers with smaller-scale entertainment setups.

The average number of pay-TV set-top devices per household in the United States is 1.7, according to the Leichtman Research Group.

Leichtman found that 69% of domestic TV households have at least one TV connected to the Internet via a smart TV set, a stand-alone device (like Roku, Chromecast, Amazon Fire TV stick, set-top box, or Apple TV), a video game system, and/or a Blu-ray Disc player – up from 50% in 2014, and 24% in 2010.

One thought on “Dish Activates Netflix on Hopper Duo Set-Top”