Taking a page from Verizon’s streaming pact with Disney+, Discovery, Verizon and U.K.’s Vodafone have signed separate multiplatform agreements in the United States and Europe for just-launched SVOD service Discovery+.

Discovery+ launched with 55,000 episodes and more than 1,000 hours of originals in year one viewable on the following platforms: Amazon Fire TV, Apple TV and iOS, Google Play, Android TV and Chromecast, Microsoft Xbox One and Series S/X devices, Roku, and 2017 and newer Samsung Smart TVs.

The service is available in the U.S. starting at $4.99 per month, with an ad-free version available for $6.99 per month. Each account will include up to five user profiles and four concurrent streams, among the most offered in the streaming video category. 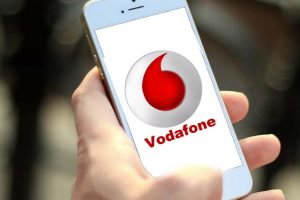 “Vodafone’s vast and deep consumer relationships will provide a powerful engine for discovery+ as together we bring the definitive destination for real-life entertainment to consumers across Europe,” David Zaslav, CEO of Discovery, said in a statement. “Our hybrid agreement with Vodafone advances our broader strategy of expanding our linear distribution relationships to bring our popular content to consumers across more platforms and devices.”

The partnership covers  Vodafone’s TV and mobile customers in the U.K., Germany, Turkey, Italy, Spain, Romania, Portugal, Greece, Czech Republic, Hungary, Ireland and Iceland who will be able to watch content from Discovery’s brands, the BBC’s natural history collection, plus Eurosport’s premium sports offering, all on one streaming platform.

At launch, Discovery+ will have one of the largest content offerings of any new streaming service, featuring a wide range of global and local content, and original series across lifestyle and relationships; home and food; true crime; paranormal; adventure and natural history; as well as science, tech and the environment, and documentaries. Beginning with the Olympic Games in Tokyo, Discovery+ will become the streaming home of the Olympics in Europe.

This partnership gives Discovery access to roughly 100 million Vodafone TV, fixed broadband and mobile-subscribers across Europe to which Discovery+ can be made available for a promotional period that will vary by market. Launches will be supported by high-profile marketing campaigns including a wide array of ‘always on’ customer promotional activities on both Vodafone and Discovery-owned platforms.

“Discovery will be a key part of our entertainment offer, providing a rich choice of content that will enhance Vodafone’s provision of a superior customer experience across its high-quality TV and flexible streaming services,” said Ahmed Essam, chief commercial operations and strategy officer for the Vodafone Group.

The rollout in 12 markets is planned during the course of 2021 and 2022. In addition, Discovery’s linear channels will continue to be available to Vodafone customers on TV in Germany, Italy, Spain, Romania, Portugal, Greece, Czech Republic, Hungary, Ireland and Iceland.