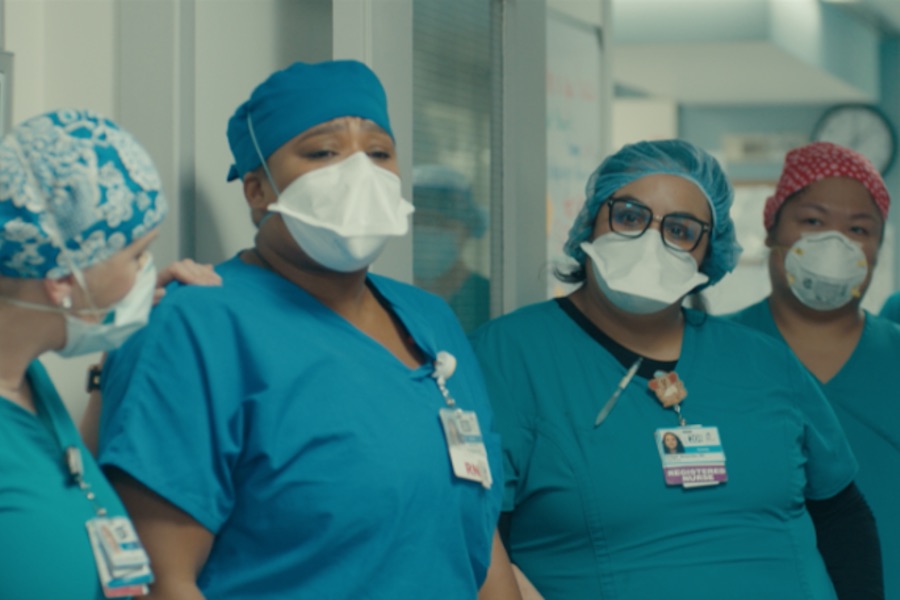 The Surge at Mount Sinai

The series, narrated by Jon Bon Jovi, with a track from Billie Eilish, follows three healthcare workers, two intimate patient journeys and experts from across the hospital in one of the world’s largest healthcare systems in the United States during an unprecedented global pandemic. With intimate access to those on the front lines, the film chronicles the race against time as New York City became the global epicenter of the COVID-19 outbreak and New York was experiencing more than 350 deaths per day.

“We are honored to shine a light on the heroes who came to the world’s rescue during an unprecedented global pandemic,” Lisa Holme, group SVP of content and commercial strategy at Discovery, said in a statement. “At Discovery+, we take pride in bringing our subscribers the best real-life stories and there is no more important story from the past year than following the trials of our healthcare workers.”

“This film explores the emotional journey of individuals who responded to the pandemic in unimaginable ways,” stated David A. Feinberg, SVP, chief marketing and communications officer at Mount Sinai Health System, dean of marketing and communications at Icahn School of Medicine, and co-executive producer on the documentary. “The heroism and innovative spirit by the scientific and medical community is awe-inspiring. The unprecedented challenges that we faced, the many lives that we saved, and the scientific breakthroughs that were identified gives the viewer a unique view of how we found our way through one of our darkest periods. We hope audiences will be moved and inspired by the bold actions taken by the heroes in this film and will come away understanding who we are as an organization. We are forever changed by this period, and our relentless pursuit of knowledge, understanding, and answers to the world’s most complex health challenges continues.”

“Our purpose for this film was to give the world a glimpse into what life was like for the heroic frontline workers during the height of the pandemic,” Peter Maiden, founder and CEO of production studio Convicts and executive producer on the documentary, said in a statement. “These individuals went above and beyond and dedicated an extraordinary amount of time and energy to saving the lives of NYC residents. Capturing their perseverance through the pandemic felt like the most important story that could be told during this time. We are grateful for Mount Sinai for the opportunity to engage with their staff and excited to partner with discovery+ to bring these stories to the forefront. We hope the film will inspire audiences to find the goodness in humanity, even in the dark, and to keep purpose at the heart of all they do.”