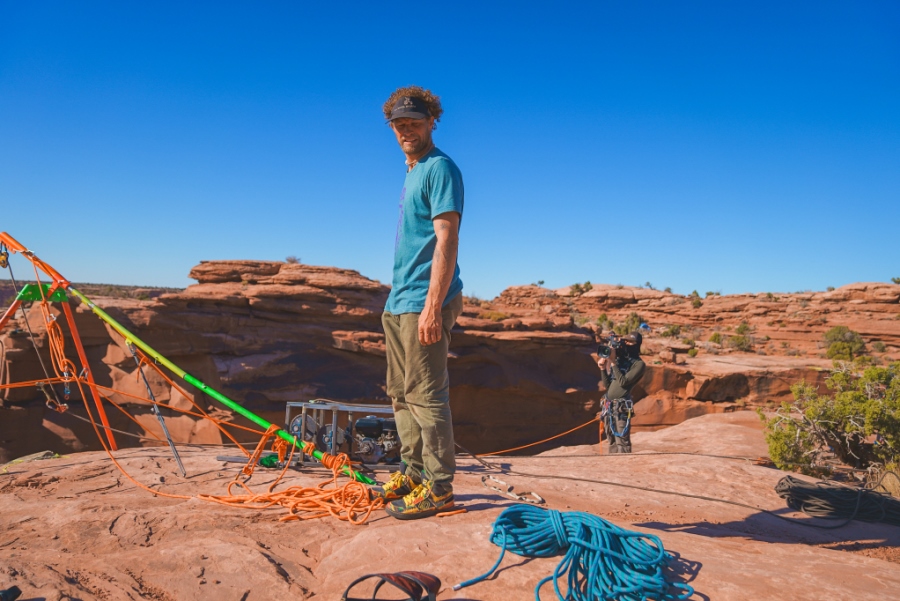 Streamer Discovery+ has announced new and original programming that will be available in June.

The lineup includes “Pushing the Line,” focusing on an extreme, high-intensity sport known as “highlining”; the true crime series “Relentless,” which documents a filmmaker and her involvement in the case of a missing young woman; and “Too Large,” a docu-series that follows seven 400- to 800-pound people on a weight-loss journey.

Other new series include Bryan and Michael Voltaggio in “Battle of the Brothers” and Michelle Buteau in “Weekend Getaway with Michelle Buteau,” executive produced by Queen Latifah.

“Pushing the Line,” which premieres June 5, gives viewers a taste of what it is like to walk on a line, hundreds of feet above the ground, on a one-inch rope that’s thinner than your belt. The series follows the top highliners and the up-and-comers of the sport, both in action and behind the scenes.

“Relentless,” which debuts June 28, follows the case of 21-year-old Christina Whittaker, whose disappearance in the small town of Hannibal, Mo., triggered a frantic search. Eight months later, filmmaker Christina Fontana met Whittaker’s mother when filming a documentary about the families of missing persons — and her focus changed to explore the intricacies of that one case. Using more than 400 hours of footage from field investigations and video diaries filmed over 11 years, this documentary follows not only a complex search for a missing person, but the journey of a filmmaker who becomes dangerously ensnared by the story she’s documenting.

“Too Large,” launching June 2,  introduces viewers to seven desperate hopefuls, each weighing between 400 and 800 pounds, who seek the help of renowned bariatric surgeon Dr. Charles Procter as they attempt to lose weight and change their lives forever.

“Battle of the Brothers” (June 17) pits Bryan and Michael Voltaggio against one another as they each lead a team of aspiring chefs in a culinary competition.

And “Weekend Getaway With Michelle Buteau” (June 10) finds the comedian, actor and author hitting the road for a few weekends of fun, food and wild times, from the Gulf Coast of Mississippi with Tig Notaro to New Orleans with Sasheer Zamata to Malibu with Chelsea Peretti.

Other new shows include “Shock Docs: The Devil Made Me Do It” (June 11), which follows a bizarre murder case in which a Connecticut man insists “the devil made me do it”; “90 Day Journey: Pride Month” (June 6), a curated miniseries of “90 Day” couples’ love stories from the beginning to the present day; and “The House My Wedding Bought” (June 16), which follows designer and real estate expert Breegan Jane (from “Extreme Makeover: Home Edition” as she helps couples on a budget who want to pay for a dream wedding as well as put a down payment on a house.