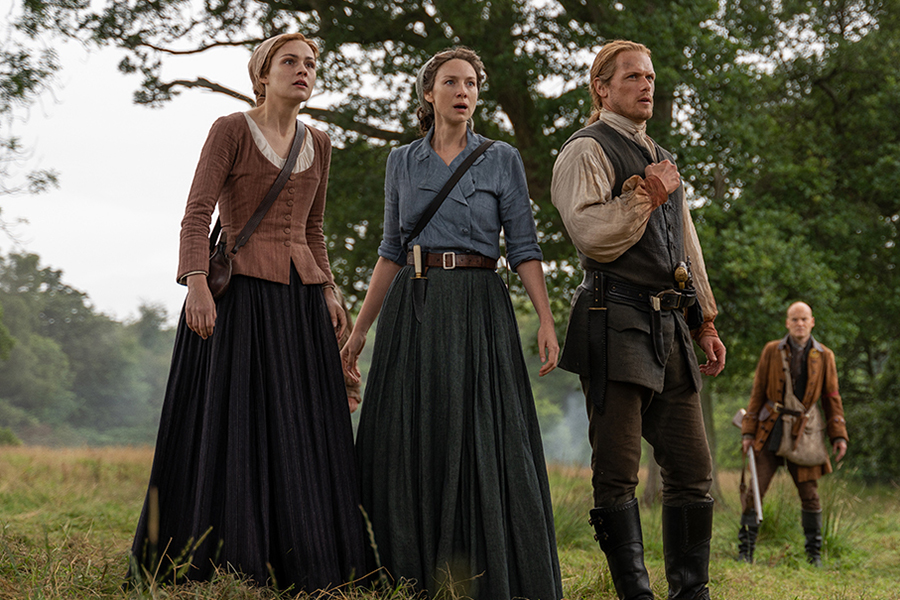 The popular Starz series stars stars Caitriona Balfe as a World War II nurse who finds herself transported back in time to the 18th century.

Disney’s Hocus Pocus jumped up to No. 2, from No. 18 the previous week. The perennial Halloween-season seller got a bit of a boost from a new 4K Ultra HD Blu-ray edition, which comprised 18% of the title’s total unit sales. It was No. 4 on the Blu-ray chart.

Warner’s Beetlejuice, which topped the charts a few weeks earlier after the release of its own 4K disc, was No. 3 on the overall disc sales chart and No. 10 on the Blu-ray chart.

New release Weathering With You, an anime movie distributed in America by Shout! Factory, debuted at No. 4 overall and No. 2 on the Blu-ray chart.

The previous week’s top seller, Warner’s direct-to-video animated movie Superman: Man of Tomorrow, slipped to No. 5 overall and No. 3 on the Blu-ray chart.

The No. 5 Blu-ray was Lionsgate’s new Vestron collector’s edition of David Cronenberg’s 1975 horror movie Shivers. Similarly, Lionsgate’s Vestron Blu-ray of the 1989 comedy Little Monsters was the No. 6 Blu-ray.

Warner’s Cats & Dogs 3: Paws Unite!, which arrives on Blu-ray and DVD Oct. 13 but is available for sale early at Walmart, was No. 14 overall. The Blu-ray version comprised 29% of its Walmart sales.

The Media Play News rental chart for the week ended Sept. 20 had at No. 1 for the third straight week the Universal political comedy Irresistible, which on the disc sales chart has never cracked the top 50.

Lionsgate’s Rogue moved up to No. 2, swapping with Universal’s The King of Staten Island, which dropped to No. 3.