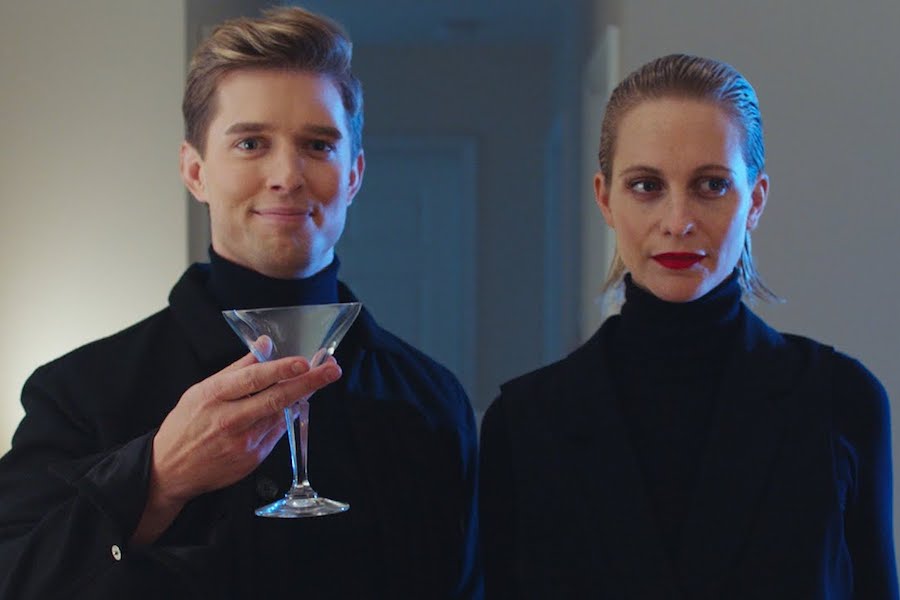 Director Drew Mylrea says his first feature Spy Intervention is a nice diversion from the economic and COVID-19 woes plaguing the world.

“Considering everything that’s going on, our movie is a romp,” he said. “It’s a total romp, and if you just want to kick back and relax and not think about the world and what’s going on in the world for an hour and a half, this is a great way to do it.”

Spy Intervention, available now on VOD and digital, comes out on DVD March 31 from Cinedigm.

It follows Corey Gage (Drew Van Acker), the world’s greatest spy, who suddenly meets the woman of his dreams (Poppy Delevingne) and decides to abandon his adventurous life and settle for the security of suburbia — a quaint existence he’s never known. When an evil plot to ruin the world pushes his former spy friend (Blake Anderson) to enact a “spy intervention,” he returns to his old life of adventure, deceiving the wife he loves.

“We wanted to do something different,” Mylrea says. “Spy intervention isn’t a Hollywood spy film, and it’s also not a parody. It’s a modern fairytale.”

To accentuate the artificiality of the spy world versus the suburban reality, Mylrea employed shifting aspect ratios and music, among other things.

“We used a lot of the same techniques that you’d see in the really old Batman show with Adam West [for the spy scenes], and we had these models that look obviously fake and we used the same aspect ratio as a lot of those old TV shows to kind of tell the audience that this world is artificial, a silly fantasy and no place that a real person can live,” he says.

The aspect ratio shifted to a wider screen for the hero’s life with this wife.

Like any fable, Spy Intervention has a moral lesson, Mylrea says, even if it’s just to question how one navigates a life of security versus adventure.

“I think the best movies present questions, so they don’t tell you what to think,” Mylrea says. “I think the moral of the movie is kind of a question to the audience asking where do you fall on this spectrum of security versus adventure and how did you get there? Are you happy with the ratio that you have in your life?”