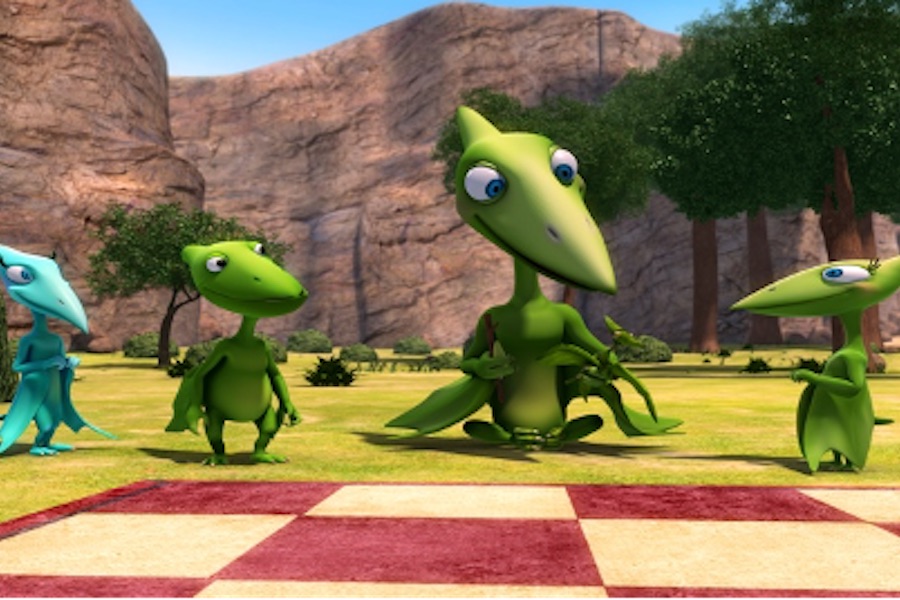 PBS Distribution in June is adding a Father’s Day-themed “Dinosaur Train” special, a “Molly of Denali” special, and a sixth volume of “Elinor Wonders Why” to the PBS Kids Prime Video Channel.

The Pteranodon family celebrates Father’s Day in Troodon Town in the two-part special Dinosaur Train: Father’s Day, debuting June 11. The Conductor sees Mr. Pteranodon’s celebration and is compelled to ask his mother what happened to his father. She decides he’s ready to learn the truth, so she tells him the story about how his father was the bravest Conductor of them all and dared to build an experimental Drill Train to tunnel into the future — she believes to the Cenozoic Era, which no dinosaur had ever seen. Unfortunately, the Conductor’s father never returned, and is apparently lost. The Conductor decides to take the new Drill Train and tunnel into the future to rescue his missing father.

“Elinor Wonders Why Vol. 6” debuts June 11. The kids are smelling flowers, but Ari has a cold and his nose is stuffed up, so he can’t smell anything. This makes Elinor wonder why we need to smell at all. Then, Ari’s attempts at making the world’s tallest toy block tower fail, as the tower keeps falling over, so he tries to get some inspiration from a special field trip to the forest. Plus, it’s Elinor’s father’s birthday and he’s excited to go camping.

The one-hour special Molly of Denali: Molly and the Great One starts streaming June 8. When 10-year-old Alaska Native Molly Mabray learns about Grandpa Nat’s dream to reach the top of Denali, North America’s highest mountain, she helps him and her father prepare for the expedition. Meanwhile, her friend Trini Mumford is busy getting ready for her mother’s first visit to Qyah.