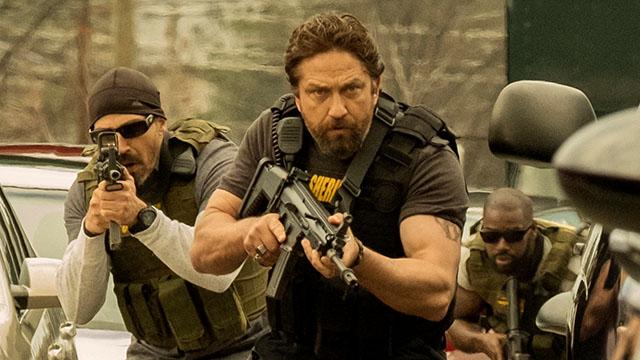 Universal Pictures Home Entertainment has set April release dates for the gritty crime drama Den of Thieves, which grossed $44.5 million in the United States and Canada.

The film will be issued on digital April 10 and Blu-ray Disc, DVD and On Demand April 24 by Universal and STXfilms, a division of global next-generation media company STX Entertainment.

Helmed by Christian Gudegast (London Has Fallen), the film follows the intersecting and often personally connected lives of an elite unit of the Los Angeles County Sheriff’s Department and the state’s most successful bank robbery crew as they plan a heist on the Federal Reserve Bank of downtown Los Angeles. The cast includes Gerard Butler, Curtis “50 Cent” Jackson, Pablo Schreiber, O’Shea Jackson Jr. and Evan Jones.

In addition to both the theatrical version and the extended unrated version with footage not seen in theaters, Den of Thieves on Blu-ray Disc, DVD, and digital also features never-before seen bonus content including an alternate ending, outtakes and deleted scenes, and commentary from the filmmakers.

In the featurette “Alpha Males,” the cast describes how the tough characters in the film blur the lines between the good guys and the bad guys. In “Into the Den,” director Gudegast and the cast describe the two brotherhoods within the film, on either side of the law. And in “Alameda Corridor,” the cast and director discuss filming the intense scene that takes place on the streets of Los Angeles and the extensive weapons training required to film it.