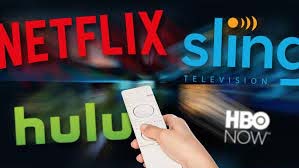 By comparison there were about 1 billion pay-TV subscribers globally in 2016, according to Dataxis.

Deloitte predict that 20% of adults in developed countries will have at least five online media (video, music, books, games) subscriptions – increasing to 10 by the end of 2020.

Aggregate spending on digital subscriptions is likely to average over $100 per month by 2020, or over $1,200 annually.

“Audiences, empowered in the digital era, can now consume media content on demand, attend gigs, sporting events or even trade conferences remotely thanks to digital technology,” Dan Ison, partner and head of media and entertainment at Deloitte, said in a statement.

Indeed, Deloitte expects that in mature SVOD markets such as the United States, consumers will soon have access to OTT services catering to specific genres, including drama, comedy, kids, football, hockey, baseball and basketball.

“As more local language content is developed, SVOD services will broaden their appeal – and fluency in English … will no longer be necessary,” said the report.