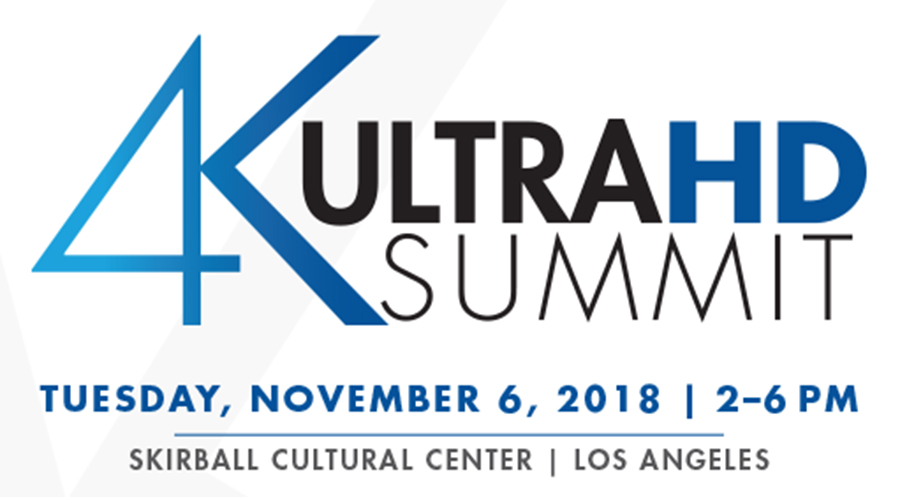 DEG: The Digital Entertainment Group and the UHD Alliance have partnered to present the 4K Ultra HD Summit from 2 to 6 p.m. Nov. 6 at the Skirball Cultural Center in Los Angeles.

The 4K Ultra HD Summit will advocate and educate about the benefits of 4K Ultra HD televisions and content while highlighting the latest 4K news. The stated goal of the half-day summit is to “highlight consumer benefits of 4K Ultra HD with high dynamic range and provide information about new hardware and software products for the holiday buying season,” according to a press release announcing the event.

The program will focus on advancements in 4K UHD technology, increasing consumer adoption of the technology, ease of operation for consumers and the widening availability of content, while promoting “that the pairing of 4K Ultra HD devices and content provides the single best home viewing experience available to consumers.”

During the summit, DEG will present the Vanguard Award to a filmmaker at the forefront of using groundbreaking technology to deliver increased scale and resolution, greater contrast and dynamic range, enhanced color and immersive audio to film audiences both in cinemas and in the home theater environment.