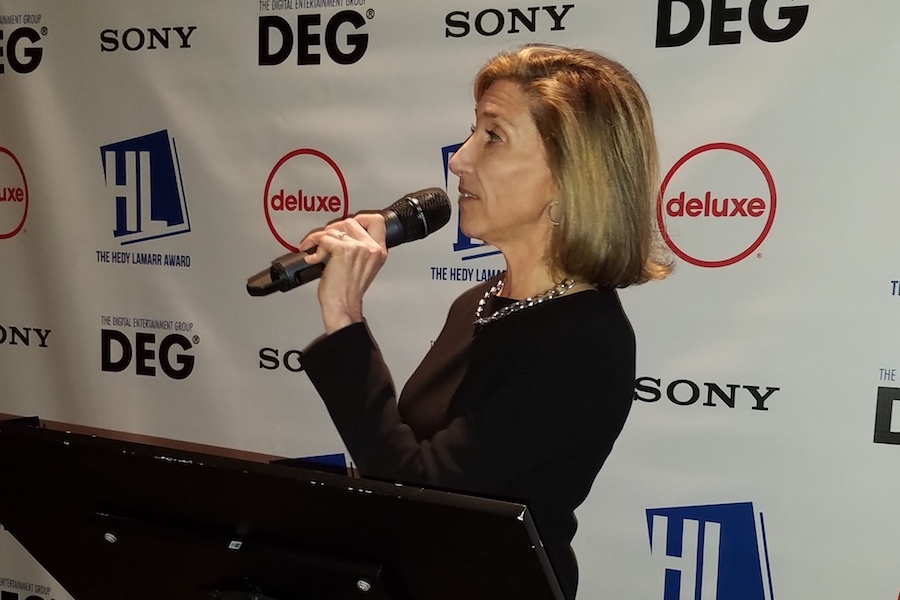 Amy Jo Smith, president and CEO of the DEG, addresses the crowd at a DEG event.

DEG: The Digital Entertainment Group has formed the DTC Alliance as a subset of DEG membership.

“Every major media company and TV network will launch a Direct-to-Consumer (DTC) streaming service in the next five years representing a significant new chapter in how television and film content is purchased, accessed and consumed,” the DEG stated in a release. “As DTC streaming currently is a longtail situation with a few high-reach apps and many low-reach services, DEG’s DTC Alliance is designed to support direct-to-consumer media services of all sizes to tackle difficult challenges and coordinate voluntary best practices and initiatives; advocate for the industry by presenting a common front to the commercial community; and promote member channels through campaigns aimed at building awareness among consumers, as well as through industry-leading events.”

“With the DTC Alliance, DEG is bringing together DTC content companies and service providers to build a robust and efficient marketplace for all players, and to promote the new DTC experience to consumers,” said Amy Jo Smith, DEG president and CEO. “DEG has a track record of more than 20 years in bringing new media platforms, including DVD and Blu-ray Disc to market. We are very excited to apply this extensive market-building experience to the DTC arena, and encourage all appropriate companies to participate in setting the DTC Alliance’s initial objectives and a forward-looking agenda for this new industry.”