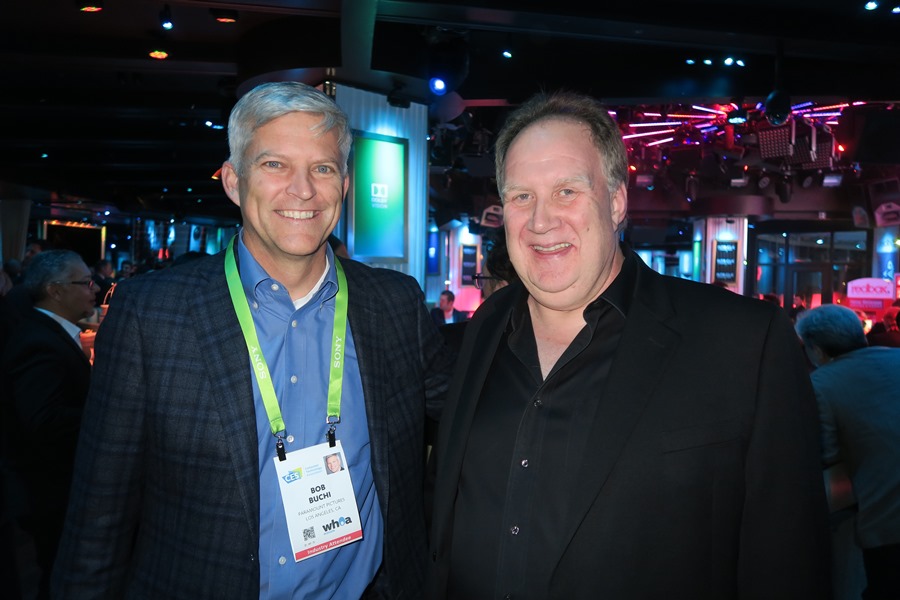 Paramount's Bob Buchi (left), DEG's incoming CFO, with Universal Pictures' Eddie Cunningham, a member of the DEG's board, at the organization's annual event at CES in January 2018.

As it begins its 22nd year as a home entertainment trade organization, DEG: The Digital Entertainment Group has announced its incoming board of directors.

The officers of the DEG board are elected to a two-year term. They are former vice chair Matt Strauss of Comcast Cable, who will now serve as chair; former CFO Sofia Chang of HBO, who will now serve as vice chair; Bob Buchi of Paramount, who will serve as CFO; and Jim Wuthrich of Warner Bros. Worldwide Home Entertainment & Games, who will serve as secretary. In recognition of his tenure and significant contribution as former chair, the board has appointed Mike Dunn of 20th Century Fox to serve as ex-officio.

The officers are responsible for providing leadership and oversight of the DEG’s agenda.

“We welcome all of our new DEG board directors,” said Amy Jo Smith, CEO and president, DEG, in a statement. “The board of directors represents the diversity of the entertainment industry and strives to produce deliverables that meet the needs of the industry at this time of rapid change in technology and consumer behavior. DEG is grateful for all of the directors’ commitment, and for the robust participation of our members in their election.”