Unless you’ve been living under a rock since March, it’s common knowledge that subscription streaming video-on-demand, along with other forms of home entertainment, has boomed during the ongoing coronavirus pandemic that has shuttered movie theaters and forced consumers to spend more hours in the home.

That trend is continuing even as country economies and businesses begin to re-open. New data from JustWatch found that despite countries having loosened up their restrictions and lockdowns, the surge for SVOD remains on a high level around the world. 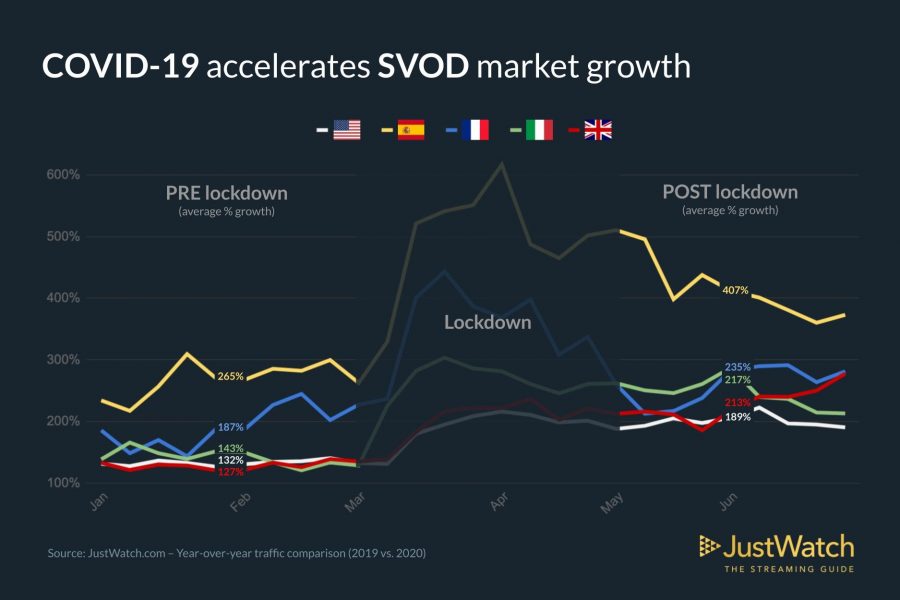 For example, streaming in Spain grew on average by +265% before the pandemic. During the lockdown, streaming spiked up to +614% in April. Despite loosened up restrictions and lockdowns starting in May, the growth level remained higher (+406%) than before the outbreak (+265%).

In the U.S., SVOD growth was accelerating 132% before the pandemic; up 223% during lockdowns and consistently strong (up 189%) post-lockdown.