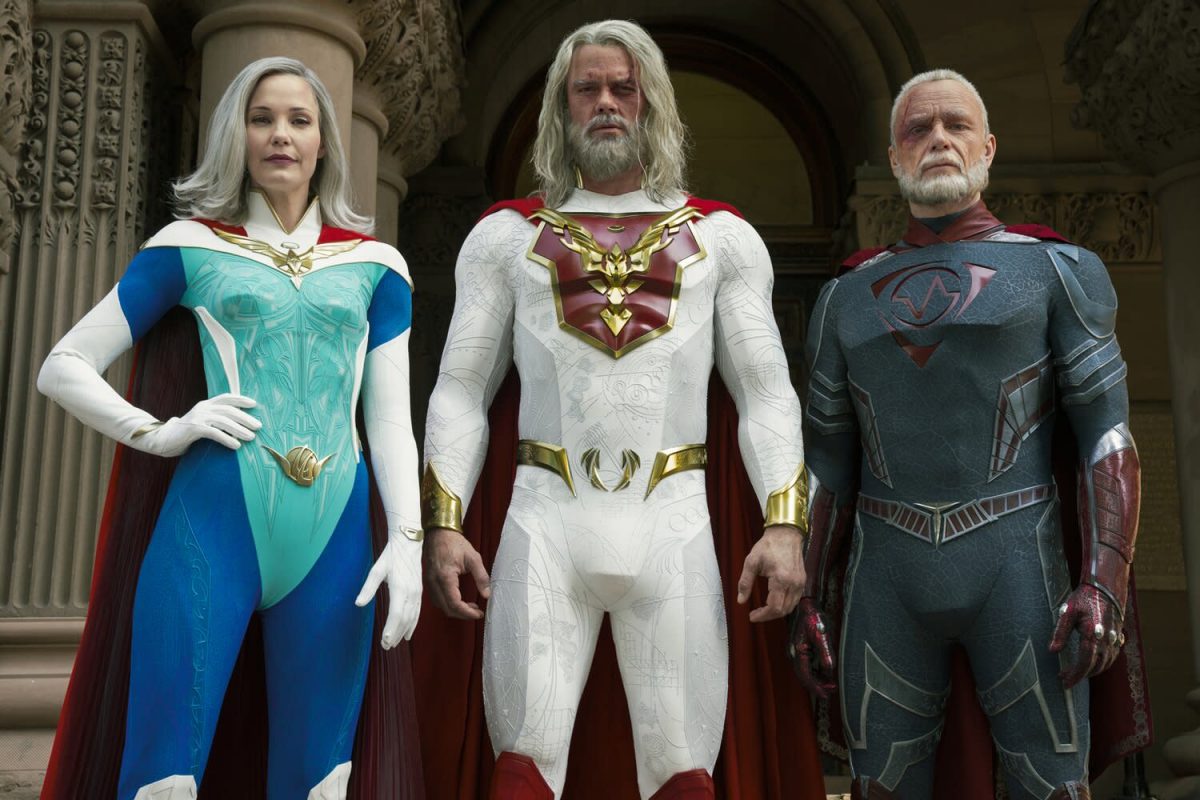 While Netflix has embraced geekdom with a newly-launched five-day virtual event, which kicked off June 7 featuring first-looks on film titles like Army of the Dead, Lupin, Kate and Vikings: Valhalla, the reality is that “Legacy” was losing — not gaining — viewers over time, according to new data from Reelgood. 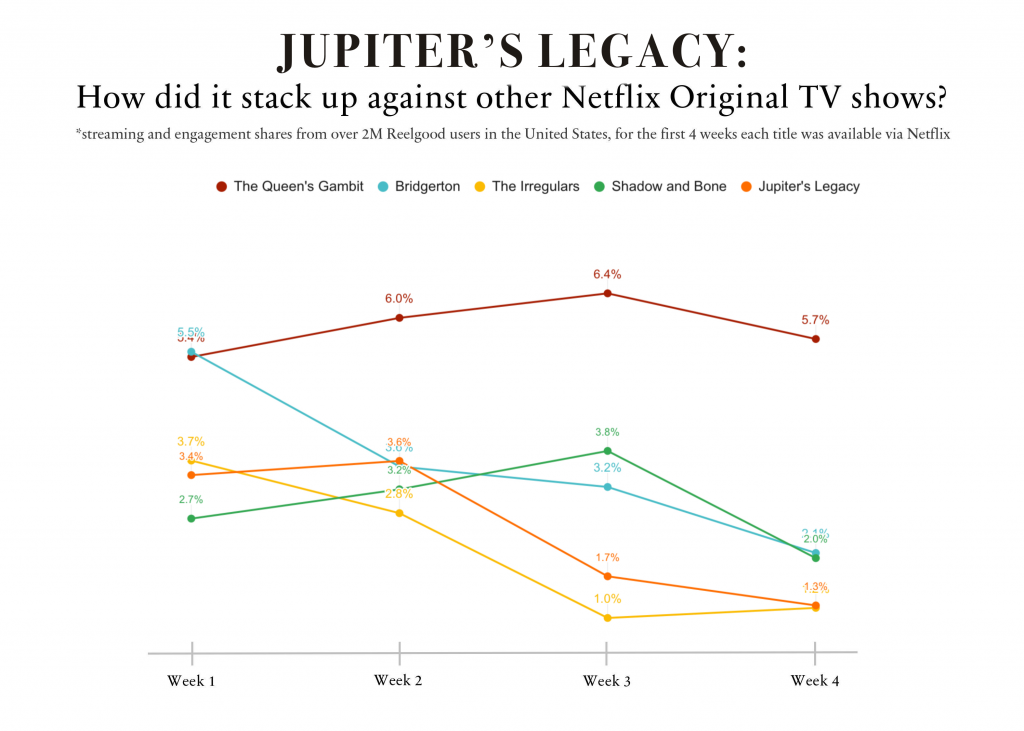 Though “Jupiter’s Legacy” was quite popular with audiences, it paled in comparison to other recent Netflix originals such as “The Queen’s Gambit,” “Bridgerton” and “Shadow and Bone” — the latter attracting 55 million viewers, according to Netflix. In fact, the observed viewing trend for “Legacy” was more similar to that of another recently canceled Netflix original “The Irregulars.”

“Legacy” topped Nielsen’s weekly Top 10 streamed originals, with 696 million minutes for the week ended May 9, and two days after the show’s debut. But that was barely ahead of Hulu’s “The Handmaid’s Tale” with 690 million minutes — yet significantly ahead of “Shadow and Bone,” which tracked 555 million minutes. That show launched April 23.

Looking at Netflix’s own daily Top 10 data for TV shows in the United States, Reelgood found that “Legacy” enjoyed a much better run than “The Irregulars,” but fell behind “Shadow and Bone,” which has been officially renewed for a second season. 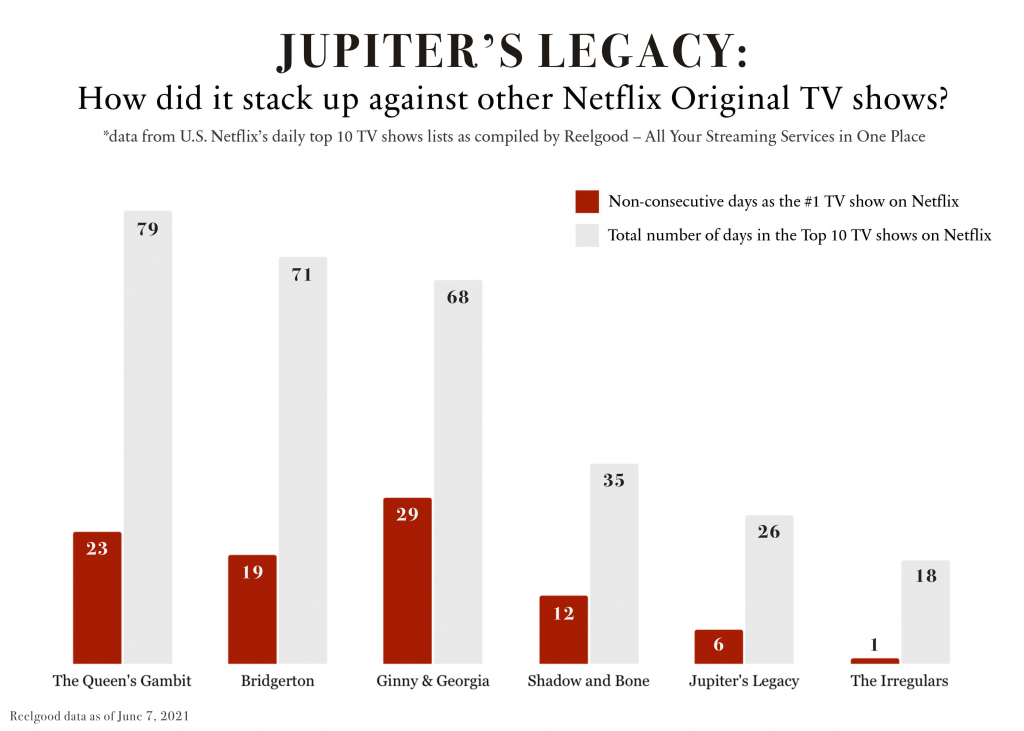