The launch of Disney+ and Apple TV+ in November 2019 began an cavalcade of SVOD competition to Netflix, Amazon Prime Video and Hulu that continues today. While Netflix ended the first fiscal quarter with an outsized 203+ million paid subscribers, Disney+ topped 103 million.

The Disney-branded streaming service continues to impact market shares for Netflix and Prime Video, with the two largest SVOD players having remained relatively constant since February of 2020 — just before the start of the pandemic. During the same period, Disney+ has kept expanding into new markets, and its market share (thanks to Hotstar and cricket in India) continues to rise, according to new data from JustWatch.

The platform is an international streaming guide that tracks SVOD streaming habits of 20 million users per month across 47 countries.

Last April, during the height of the pandemic, Disney CEO Bob Chapek and CFO Christine McCarthy predicted Disney+ would reach upwards of 90 million subs by the end of 2024. The platform blew past those projections this past March.

Digital TV Research analyst Simon Murray earlier this year said he now projects Disney+ will reach 202 million subs over the next four years — up 60% from his prior estimate. 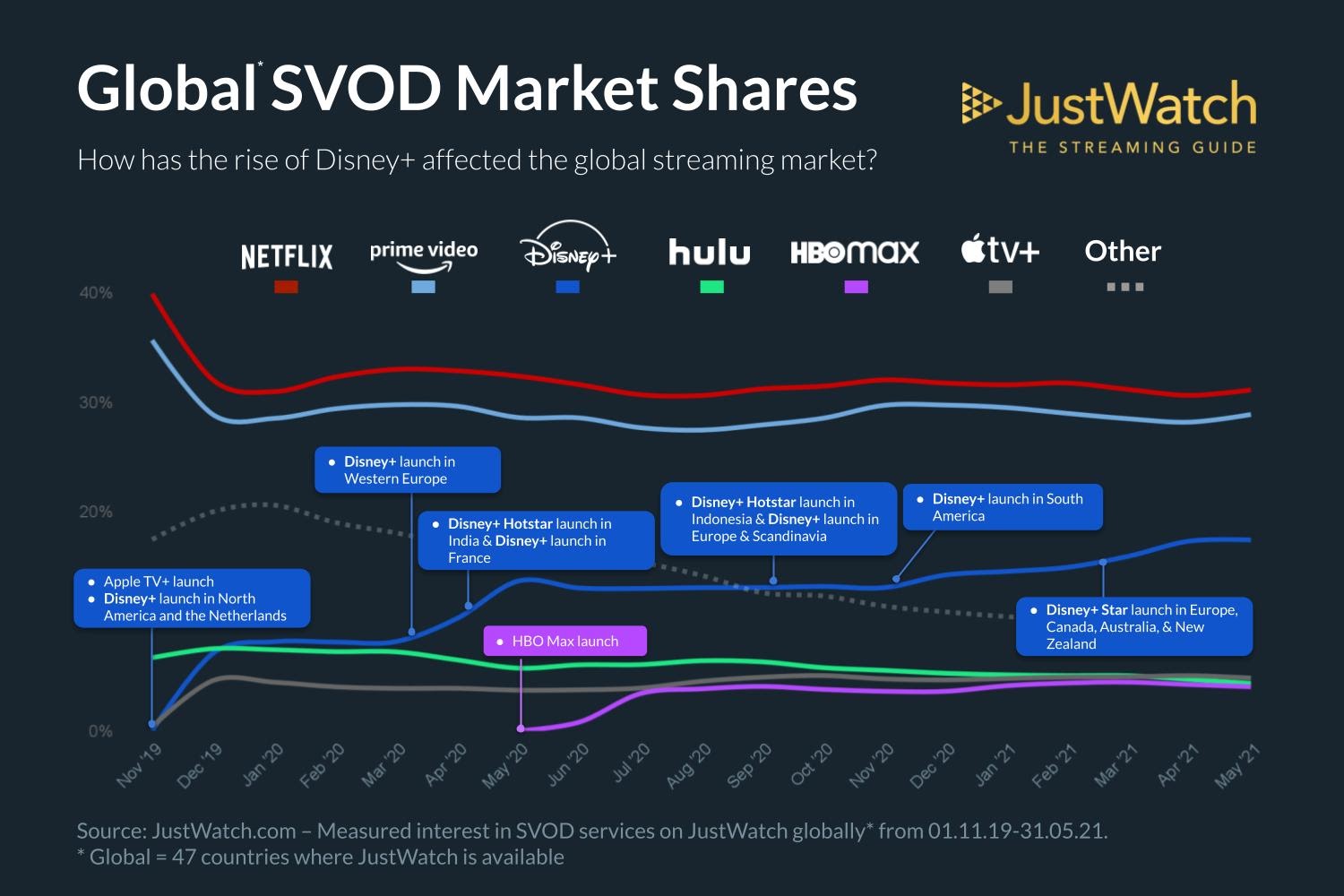