With their sequels fairing well at the post-pandemic box office, original movies A Quiet Place from Paramount Pictures and Lionsgate’s The Hitman’s Bodyguard ranked the top two most-streamed movies in June, according to new data from JustWatch, the international streaming guide that tracks SVOD streaming habits of 20 million users per month across 47 countries, including the U.S.

Other movies among the Top 10 included Nobody (released on disc June 22 by Universal Pictures Home Entertainment), In the Heights and Wrath of Man (both Warner Bros. Home Entertainment). The latter is available on disc on July 22. 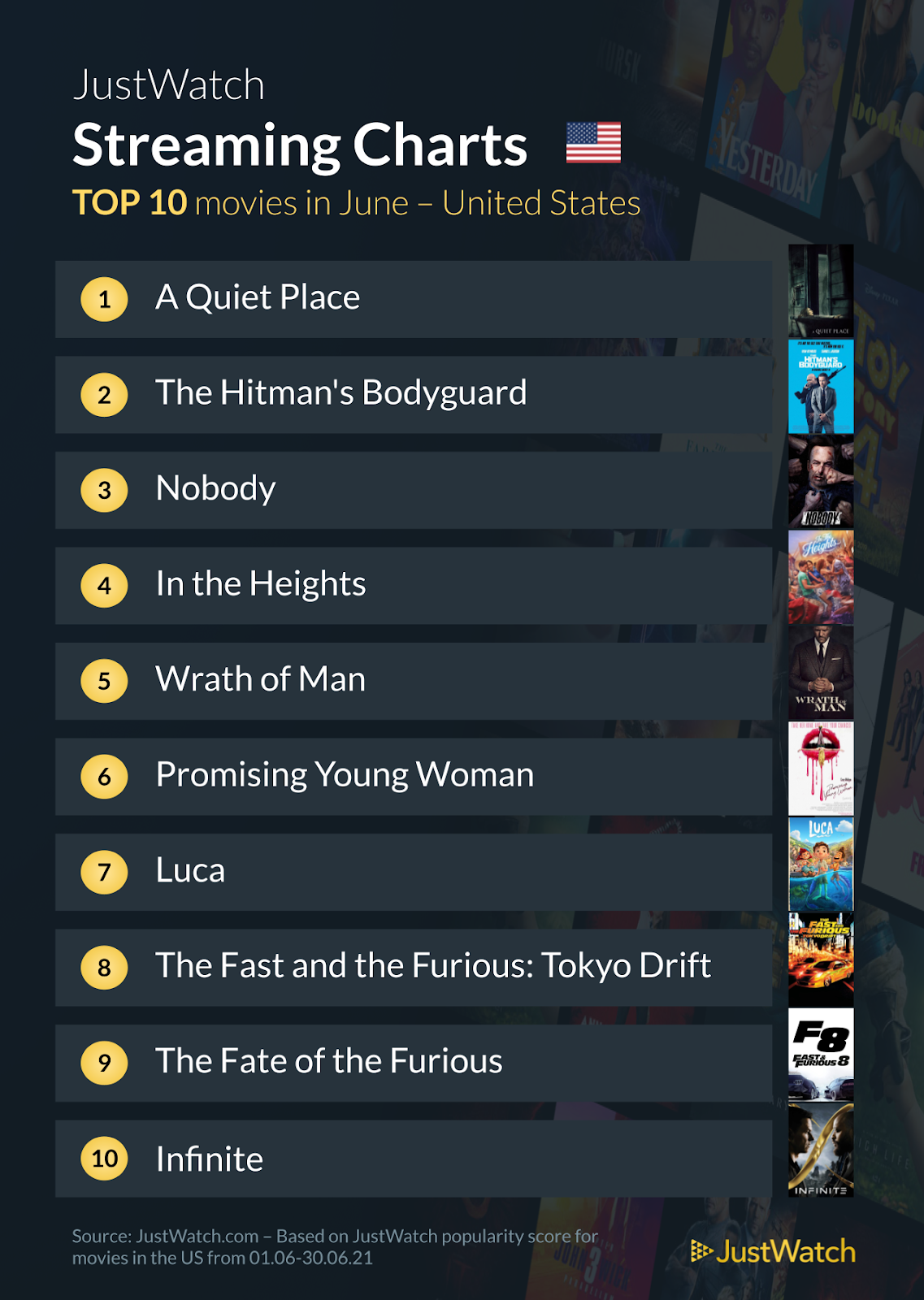 Among the most-streamed TV shows in June, animated series “Rick and Morty” on Hulu and HBO Max topped viewership in the U.S., followed by new series “Kevin Can F**k Himself” on AMC+, “Yellowstone,” “Manifest,” the canceled NBC mystery series that recently ranked No. 1 on Netflix, and the streamer’s new series “Sweet Tooth.” 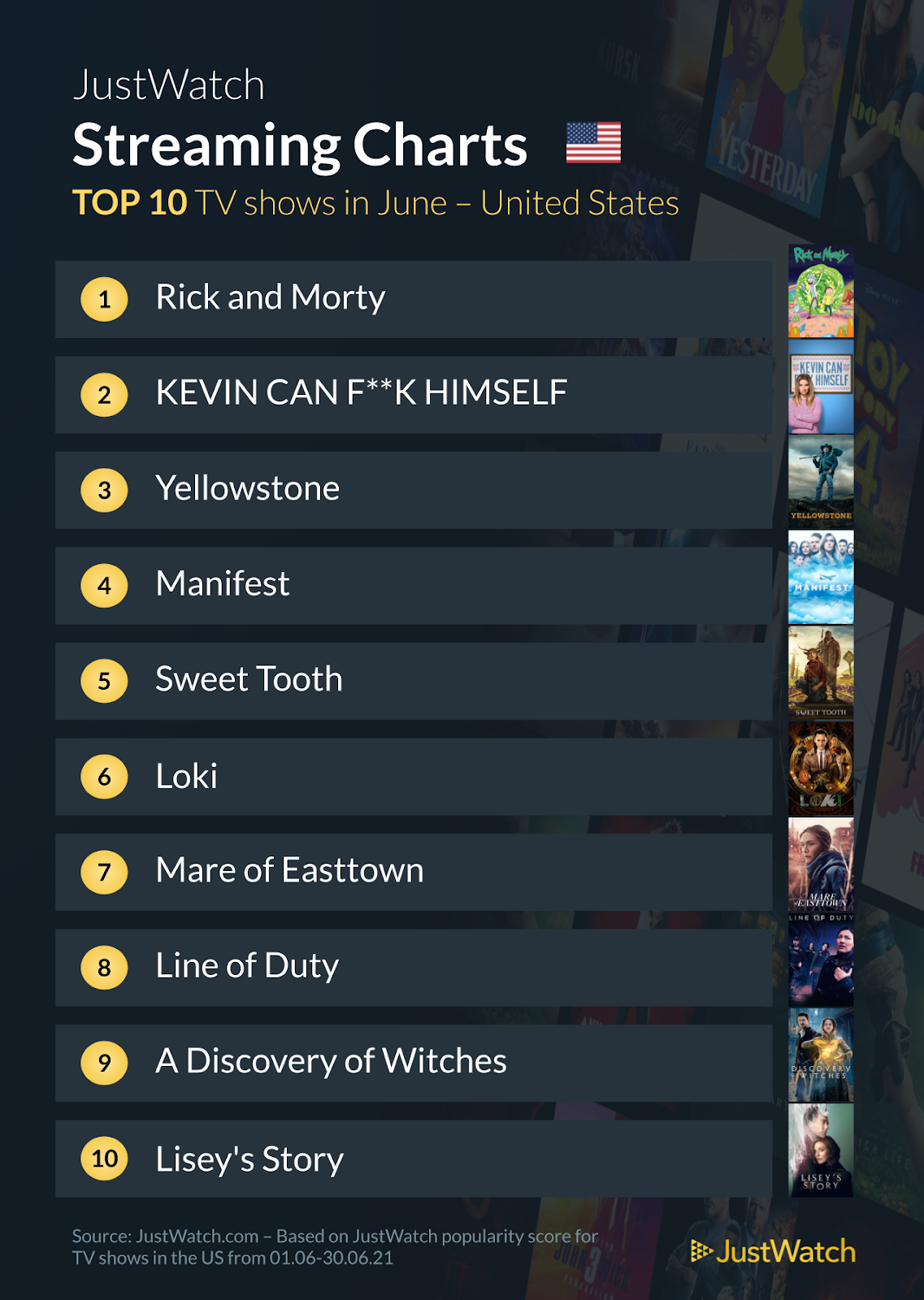