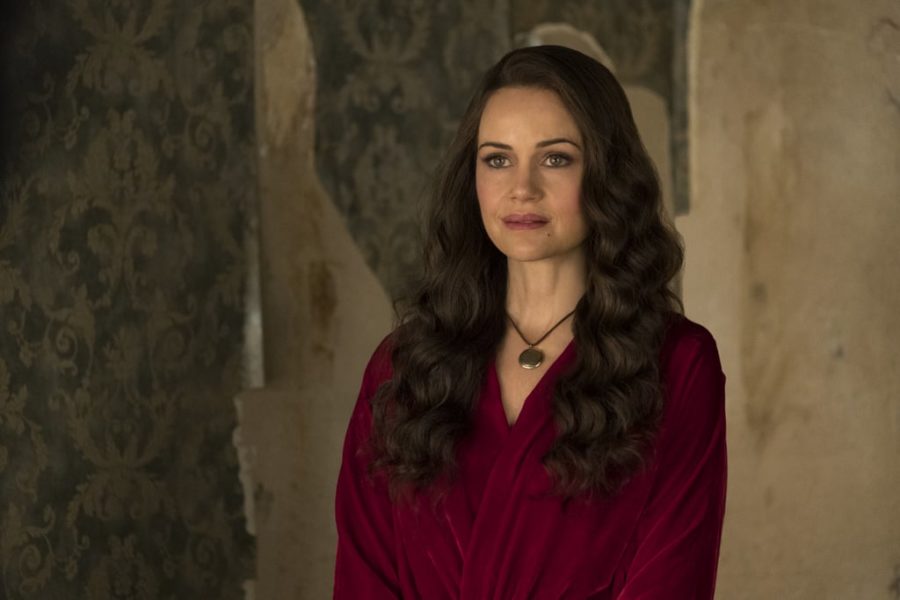 Carla Gugino is one of the stars of the Netflix supernatural horror series "The Haunting of Hill House." (Photo courtesy of Netflix)

Marvel’s “Daredevil” took the No. 1 spot on the digital originals chart the week ended Oct. 20, moving up two notches from No. 3 the prior week, according to Parrot Analytics.

The superhero series, which streams on Netflix, experienced a 41% spike in demand, likely due to the Oct. 19 release of Season 3.

The second most wanted digital original for the week was “The Haunting of Hill House,” which debuted on the top 10 digital originals chart with an average of 37.2 million daily Demand Expressions.

Based on the 1959 novel of the same name by Shirley Jackson, the supernatural drama experienced a 260% increase in demand in the wake of its Oct. 12 release.

The series follows the adult siblings who as children grew up in what would become the most famous haunted house in the country. Tragedy brings them back to confront the ghosts of their past. The ensemble cast includes Timothy Hutton, Carla Gugino and Henry Thomas.

“The Haunting of Hill House” had around 16% more demand than “Orange is the New Black,” which moved up to No. 3 from No. 7 the prior week. The gain in demand for the women-in-prison series may be due to Netflix’s announcement that Season 7, set to bow next year, will be the final season.

Netflix’s “Big Mouth,” an adult animated sitcom centered around a group of middle school students going through puberty, saw a surge in demand the prior week due to the release of new episodes that became available for streaming on Oct. 5. The series, created by Nick Kroll, Jennifer Flackett, Mark Levin, and Andrew Goldberg, uses raunchy humor to discuss sensitive and controversial issues. One new episode got plenty of press for examining Planned Parenthood and talking up all the other services it offers besides abortion. 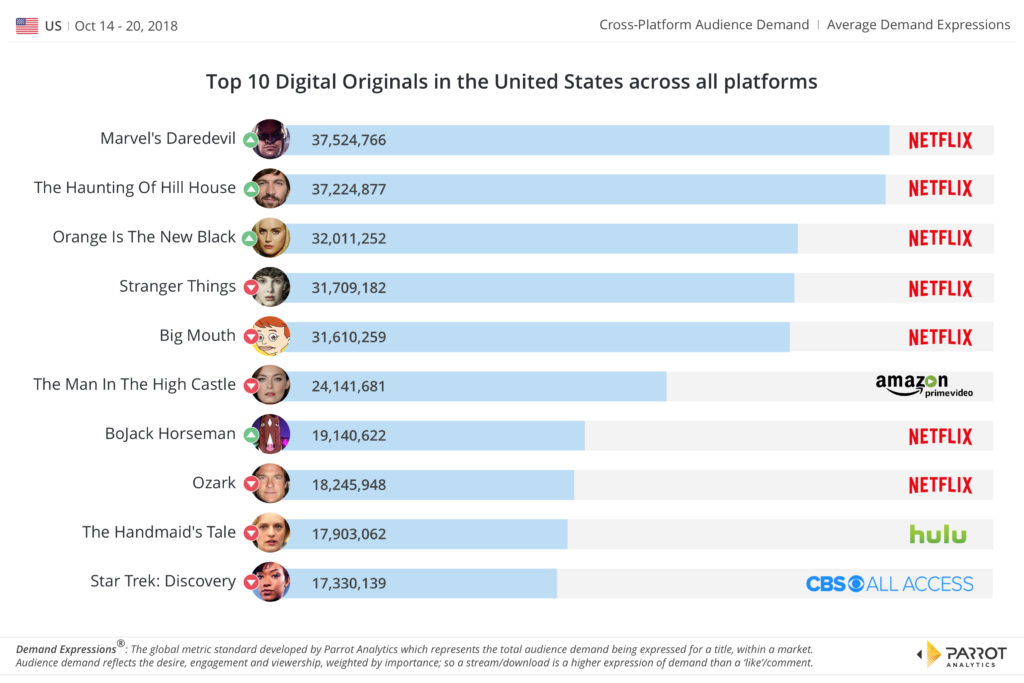