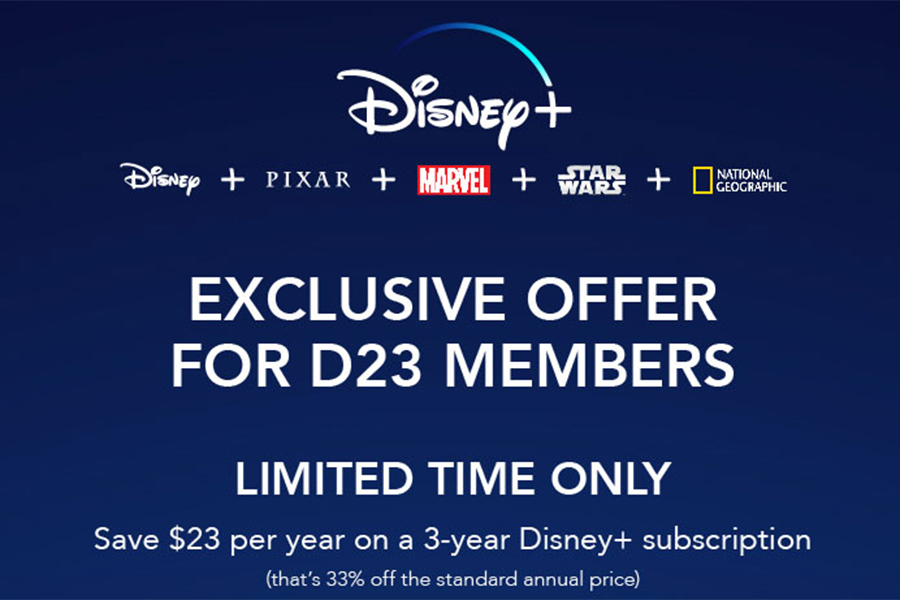 Members of official Disney fan club D23 can get a free year of Disney+ through an exclusive promotion that runs until Sept. 2.

D23 members who order a three-year Disney+ subscription will receive the third year for free, a savings of 33% or $23 per year. The subscription rate for the pending streaming service is $69.99 annually or $6.99 monthly. The deal brings the three-year rate from $209.97 to $140.97, which must be paid up front. The D23 deal makes the effective monthly rate $3.92 for the three years.