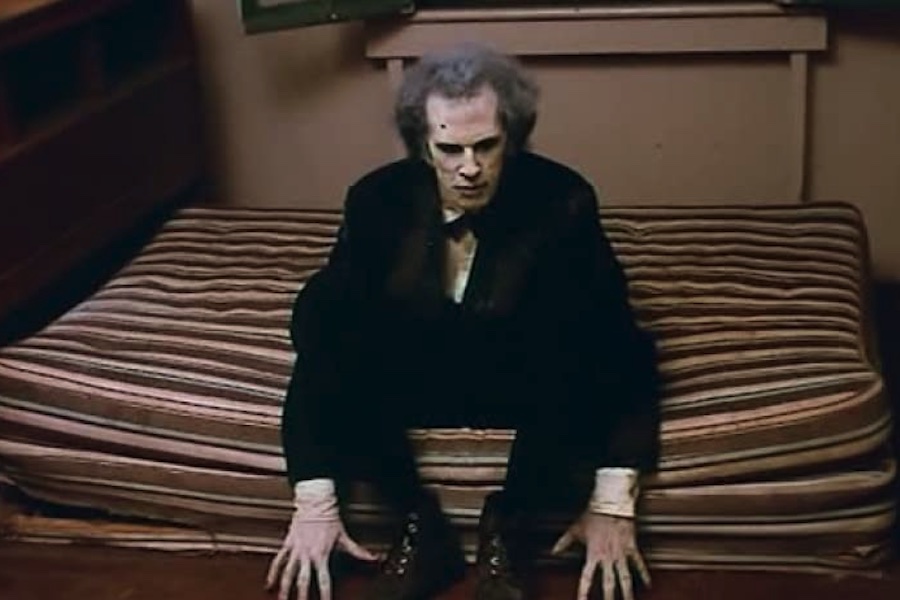 The 1972 cult horror film Children Shouldn’t Play With Dead Things will be released on DVD Oct. 11 and on 4K Ultra HD and Blu-ray Disc Oct. 25 from VCI Entertainment and MVD Entertainment Group. 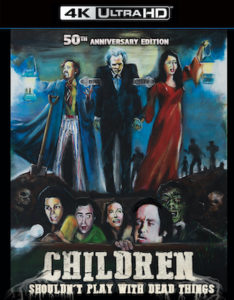 Directed by Benjamin (Bob) Clark, the creative director behind Porky’s, Black Christmas and A Christmas Story, the film follows five young kinky actors and their artistic director who come to a desolate and nearly forgotten burial island with a morbid history of murder, rape, curses and demons. Alan (Alan Ormsby), the brilliant but bizarre director of the company, has brought them to the foreboding place to dabble in witchcraft, specifically to dig up a fresh corpse and use it in a ritual ceremony which is supposed to raise the dead from their graves. It seems as though Alan has really gathered his “children” here, only to play a practical joke on them and then to party the rest of the night away. However, the joke’s on Alan. His bizarre ritual ceremony really does raise the dead from their graves.  Ormsby — though he turned in what has been described as “one of the most obnoxious screen performances in history” — actually made a mark for himself as the screenwriter for such memorable films as My Bodyguard, Cat People, Karate Kid 3 and Porky’s 2.

Special features include a new 2022 video introduction and Q&A with Alan Ormsby; a new 2022, 90-minute video documentary Dreaming of Death: Bob Clark’s Horror Films, with many new interviews with cast and crew; a full commentary track with Ormsby, Jane Daly and Anya Cronin; The Los Angeles Grindhouse Festival May 22, 2007, Q&A; a video filmed in between a double feature showing of Children Shouldn’t Play With Dead Things and Deathdream at the Beverly Cinema; “Confessions of a Grave Digger,” a  video interview with Ken Goch; a photo and poster gallery; the “Dead Girls Don’t Say No” music video by The Deadthings; the “Cemetery Mary” Music video by The Deadthings; the original theatrical trailer and radio spots; a new liner-notes booklet written by Patrick McCabe; and a collectible slipcover limited to the initial pressing.