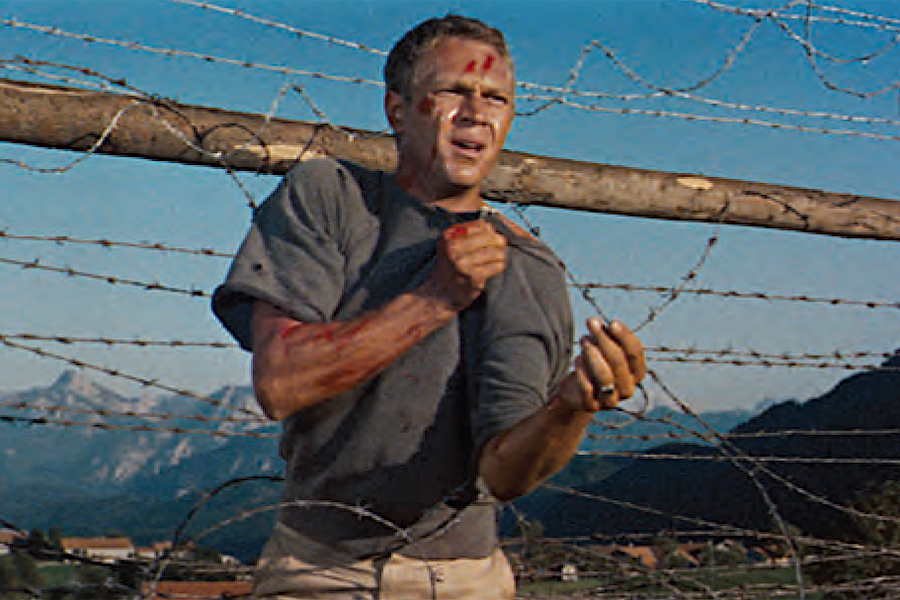 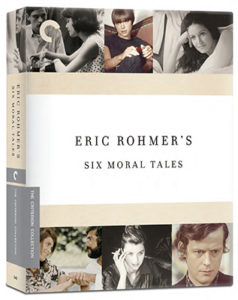 The Blu-ray edition of Six Moral Tales arrives May 5 with a new 2K digital restoration and uncompressed monaural soundtrack. One of the founding critics of the history-making Cahiers du cinéma, Rohmer began translating his written manifestos to film in the 1960s, standing apart from his New Wave contemporaries with his patented brand of gently existential, hyperarticulate character studies set against vivid seasonal landscapes. The subsequent Six Moral Tales presents a succession of encounters between fragile men and the women who tempt them — 1963’s The Bakery Girl of Monceau and Suzanne’s Career, 1967’s La Collectionneuse, 1969’s My Night at Maud’s, 1970’s Claire’s Knee and 1972’s Love in the Afternoon.

Extras include a 2006 conversation between Rohmer and filmmaker Barbet Schroeder; a 2006 video afterword by filmmaker and writer Neil LaBute; “On Pascal,” a 1965 episode of the educational TV series “En profil dans le texte” directed by Rohmer, on the French philosopher Blaise Pascal, the subject of debate in My Night at Maud’s; archival interviews with Rohmer, film critic Jean Douchet, producer Pierre Cottrell, and actors Jean-Claude Brialy, Béatrice Romand, Laurence de Monaghan and Jean-Louis Trintignant; trailers; and a booklet featuring essays by critics Geoff Andrew, Ginette Vincendeau, Phillip Lopate, Kent Jones, Molly Haskell and Armond White, plus excerpts from cinematographer Nestor Almendros’s 1980 autobiography and Rohmer’s landmark 1948 essay “For a Talking Cinema,” along with an English translation of Six Moral Tales, the book of stories by Rohmer on which the films are based. The Blu-ray also includes four short films by Rohmer — Presentation, or Charlotte and Her Steak (shot in 1951 and completed in 1961); Véronique and Her Dunce (1958); Nadja in Paris (1964); A Modern Coed (1966)-and one on which he advised, The Curve (1999). 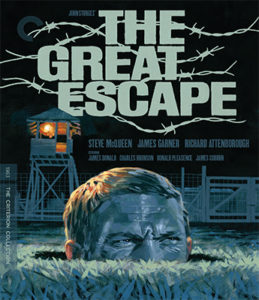 The Blu-ray and DVD edition of 1963’s The Great Escape arrives May 12 with a 4K digital restoration, an uncompressed monaural soundtrack on the Blu-ray, and an alternate 5.1 surround soundtrack presented in DTS-HD master audio on the Blu-ray.

Extras include two audio commentaries, one from 1991 featuring director Sturges and composer Elmer Bernstein, the other from 2004 featuring actors James Coburn, James Garner and Donald Pleasence; a new interview with critic Michael Sragow; The Great Escape: Heroes Underground, a four-part 2001 documentary about the real-life escape from the Stalag Luft III prisoner-of-war camp during World War II, including interviews with POWs held there; “The Real Virgil Hilts: A Man Called Jones,” a 2001 program on the United States Army Air Forces pilot David Jones, the inspiration for Steve McQueen’s character in the film; “Return to The Great Escape,” a 1993 program featuring interviews with Coburn, Garner, actors David McCallum and Jud Taylor, stuntman Bud Ekins, and McQueen’s son, Chad McQueen; the film’s trailer; plus an essay by critic Sheila O’Malley. 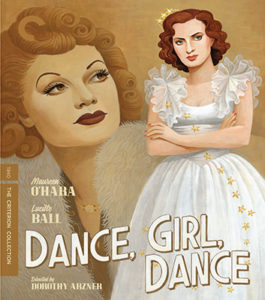 Due May 19 on Blu-ray and DVD is 1940’s Dance, Girl, Dance, featuring a new, restored 4K digital transfer, with uncompressed monaural soundtrack on the Blu-ray. Extras include a new introduction by critic B. Ruby Rich; new selected-scene commentary featuring film historian Cari Beauchamp; and an essay by critic Sheila O’Malley. 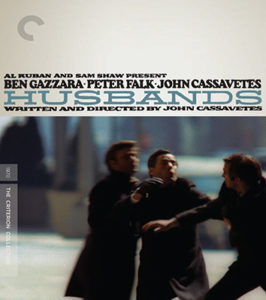 The 1970 film Husbands arrives on Blu-ray and DVD May 26 with a new 4K digital restoration, with uncompressed monaural soundtrack on the Blu-ray. Extras include audio commentary from 2009 featuring critic Marshall Fine; new interviews with producer Al Ruban and actor Jenny Runacre; a new video essay featuring audio recordings of John Cassavetes in his own words exploring the actor-director’s spirited approach to acting; “The Story of Husbands — A Tribute to John Cassavetes,” a half-hour program from 2009 featuring Ruban, actor Ben Gazzara, and cinematographer Victor J. Kemper; an episode of “The Dick Cavett Show” from 1970 featuring Cassavetes, Gazzara and actor Peter Falk; the film’s trailer; plus an essay by filmmaker Andrew Bujalski. 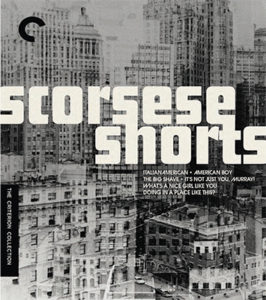 Arriving May 26 is Scorsese Shorts, a compilation of five early short films by Martin Scorsese that offers a window onto his artistic development. Spanning the years from Scorsese’s time at NYU in the mid-1960s to the late ’70s, when he was emerging as one of the era’s top talets, Scorsese Shorts centers on the 1974 home movie Italianamerican, a loving snapshot of the director’s parents, and 1978’s American Boy, a freewheeling portrait of a larger-than-life raconteur. Also included are 1967’s The Big Shave, a daringly visceral response to America’s involvement in Vietnam, and the bracing student films What’s a Nice Girl Like You Doing in a Place Like This? (1963) and It’s Not Just You, Murray! (1964).

The Blu-ray and DVD include 4K digital restorations of all five films, with uncompressed monaural soundtracks on the Blu-ray. Extras include a new conversation between director Martin Scorsese and film critic Farran Smith Nehme; a new discussion among filmmakers Ari Aster, and Josh and Benny Safdie; plus an essay by film critic Bilge Ebiri and various materials from Scorsese’s archive. 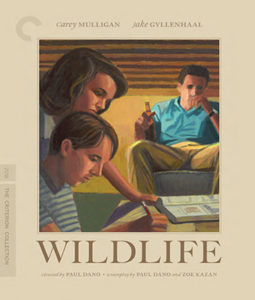 The Blu-ray and DVD of 2018’s Wildlife arrives May 26 with a new 2K digital master, with a 5.1 surround DTS HD master audio soundtrack on the Blu-ray. This represent’s the film’s home video debut. Adapted by Dano and Zoe Kazan from the novel by Richard Ford, this meticulously crafted portrait of the American nuclear family in crisis charts the rift that forms within a 1960s Montana household when the father and breadwinner (Jake Gyllenhaal) abruptly departs to fight the forest fires raging nearby, leaving his restless wife (Carey Mulligan) and teenage son (Ed Oxenbould) to pick up the pieces. Extras include new interviews with Dano, Kazan, Mulligan, Gyllenhaal, cinematographer Diego García, production designer Akin McKenzie and costume designer Amanda Ford; a new conversation on the film’s postproduction with Dano, editor Matthew Hannam and composer David Lang; a “Film at Lincoln Center” conversation from 2018 between Dano and novelist Ford about the film’s source material; and an essay by critic Mark Harris.