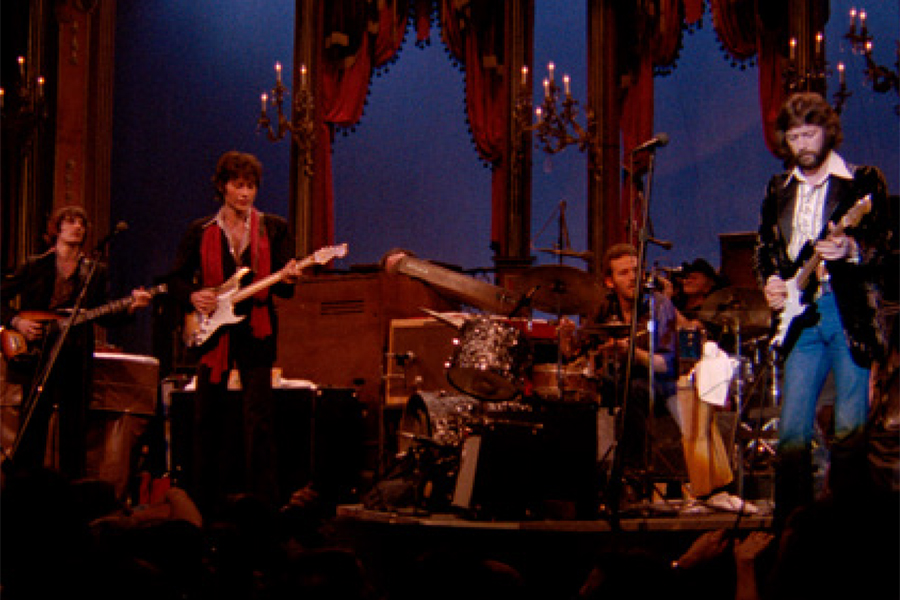 Titles being released on Blu-ray Disc and DVD by the Criterion Collection in March 2022 include Martin Scorsese’s The Last Waltz, Hungarian film Adoption, James Stewart in The Flight of the Phoenix, Theodore Witcher’s Love Jones, and Alain Delon in Le Cercle Rouge on 4K Ultra HD Blu-ray. 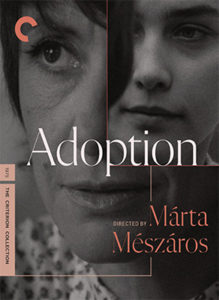 Arriving March 8 on DVD and Blu-ray is 1975’s Adoption, from Hungarian director Márta Mészáros. The first film directed by a woman to win the Golden Bear at the Berlin Film Festival, Adoption immerses the viewer in the worlds of two women, each searching for fulfillment: Kata (Katalin Berek), a middle-aged factory worker who wants to have a child with her married lover, and Anna (Gyöngyvér Vígh), a teenage ward of the state determined to emancipate herself in order to marry her boyfriend. The bond that forms between the two speaks quietly but powerfully to the social and political forces that shape women’s lives, as each navigates the realities of love, marriage, and motherhood in her quest for self-determination.

The film comes with a new 4K digital restoration undertaken by the National Film Institute Hungary — Film Archive, supervised by cinematographer Lajos Koltai and approved by Mészáros, a new English subtitle translation, and an uncompressed monaural soundtrack on the Blu-ray. Extras include a new video essay by scholar Catherine Portuges; an interview with Mészáros from 2019; Blow-Ball, a 1964 short film by Mészáros; Márta Mészáros: Portrait of the Hungarian Filmmaker, a 1979 documentary by Katja Raganelli featuring on-set interviews with the director and creative collaborators; the film’s trailer; and an essay by film scholar Elena Gorfinkel. 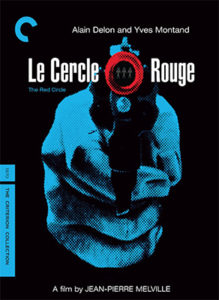 Due March 15 on 4K Ultra HD Blu-ray is 1970’s Le Cercle Rouge, starring Alain Delon as a master thief, fresh out of prison, who crosses paths with a notorious escapee (Gian Maria Volontè) and an alcoholic ex-cop (Yves Montand). The unlikely trio plot a heist, against impossible odds, until a relentless inspector and their own pasts seal their fates. With its honorable antiheroes, coolly atmospheric cinematography, and breathtaking set pieces, Le cercle rouge is the quintessential film by Jean-Pierre Melville—the master of ambiguous, introspective crime cinema.

The 4K/Blu-ray combo pack includes a new 4K restoration from Studiocanal of the uncut version of the film, with uncompressed monaural soundtrack. The 4K disc includes the film with Dolby Vision HDR and the regular Blu-ray includes the film and special features. Extras include segments from a 1971 episode of “Cinéastes de notre temps” featuring director Jean-Pierre Melville; interviews with assistant director Bernard Stora and Rui Nogueira, author of Melville on Melville; on-set and archival footage, featuring interviews with Melville and actors Alain Delon, Yves Montand and André Bourvil; the film’s trailer; and essays by film critics Michael Sragow and Chris Fujiwara, excerpts from Melville on Melville, a 2000 interview with composer Eric Demarsan, and an appreciation by filmmaker John Woo. 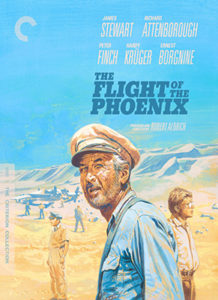 Arriving March 22 on Blu-ray is 1965’s The Flight of the Phoenix, starring James Stewart as a veteran pilot whose Benghazi-bound plane — carrying passengers played by an unshaven ensemble of screen icons including Richard Attenborough, Ernest Borgnine, Ian Bannen, Dan Duryea, Peter Finch, and George Kennedy — crash-lands in the remote Sahara. As tensions simmer among the survivors, they find themselves forced to trust a coldly logical engineer (Hardy Krüger) whose plan to get them out may just be crazy enough to work — or could kill them all.

The Blu-ray includes a new 2K digital restoration, with an uncompressed monaural soundtrack. Extras include a new conversation between filmmaker Walter Hill and film scholar Alain Silver; a new interview with biographer Donald Dewey on actor James Stewart and his service as a bomber pilot; the film’s trailer; and an essay by filmmaker and critic Gina Telaroli. 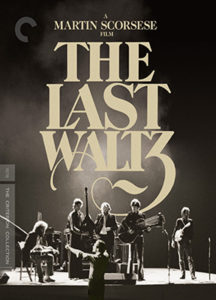 Due March 29 on Blu-ray Disc and 4K Ultra HD is director Martin Scorsese’s 1978 concert film The Last Waltz. Invited to document the farewell performance of the legendary rock group The Band at San Francisco’s Winterland Ballroom on Thanksgiving in 1976, Scorsese conceived a new kind of music documentary. Enlisting seven camera operators (including renowned cinematographers Vilmos Zsigmond, László Kovács and Michael Chapman) and art director Boris Leven to design the sets, Scorsese created a grandly immersive experience that brings viewers onstage and inside the music itself, as performed by The Band and a host of other generation-defining artists, including Bob Dylan, Joni Mitchell, Van Morrison, the Staple Singers, Muddy Waters and Neil Young.

The film comes with a new 4K digital restoration, supervised and approved by musician Robbie Robertson, with a 5.1 surround DTS-HD master audio soundtrack, and an alternate uncompressed stereo soundtrack. The 4K disc includes the film with Dolby Vision HDR, and the regular Blu-ray disc includes the film with bonus materials. Extras include two audio commentaries, featuring Scorsese, Robertson, other members of The Band, members of the production crew, and performers Dr. John, Ronnie Hawkins and Mavis Staples; a new interview with Scorsese, conducted by critic David Fear; a documentary from 2002 about the making of the film; outtakes; an Interview from 1978 with Scorsese and Robertson; the film’ s trailer and TV spot; and an essay by critic Amanda Petrusich. 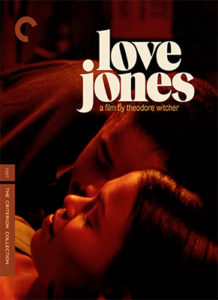 Also due March 29 is 1997’s Love Jones, the debut feature of writer-director Theodore Witcher. Steeped in the bohemian cool of Chicago’s 1990s Black creative scene, Love Jones, a love story for anyone who has ever wondered: How do I know when I’ve found the one? Larenz Tate and Nia Long have magnetism and chemistry to burn as the striving, artistically talented twentysomethings — he’s a poet, she’s a photographer — who spark over their love of literature and jazz, but whose mutual reluctance to commit to a relationship leaves them both navigating an emotional minefield of confusion, jealousy and regrets. The ensemble cast also includes Isaiah Washington, Lisa Nicole Carson, Bill Bellamy, Bernadette Speakes and Leonard Roberts.

The Blu-ray includes a new 4K digital restoration supervised by Witcher, with 5.1 surround DTS-HD master audio soundtrack. Extras include a new interview with Witcher and film scholar Racquel J. Gates; a new interview with music scholars Mark Anthony Neal and Shana L. Redmond on the soundtrack; a panel discussion featuring Witcher and members of the cast and crew; the film’s trailer; and an essay by critic Danielle A. Jackson.