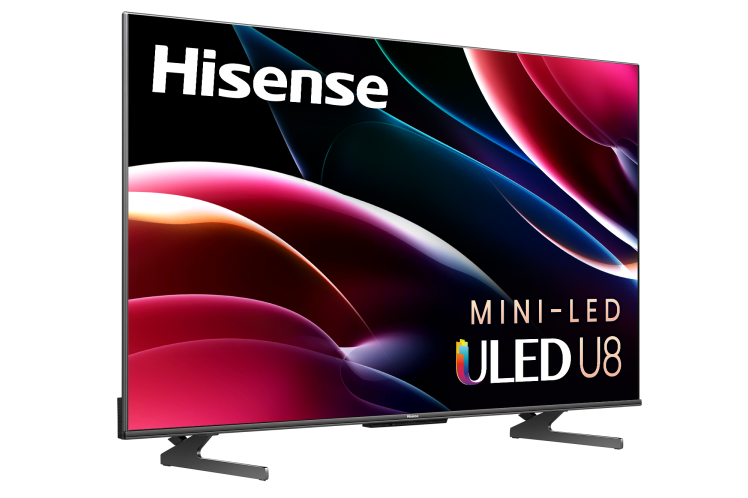 Hisense has a full line of Smart TVs (photo courtesy of Hisense).

Chicken Soup for the Soul Entertainment Inc. and VIDAA USA, which is developing and managing the VIDAA platform on Hisense Smart TVs, Oct. 13 announced an agreement to add Crackle streaming services and a Crackle-branded remote control button. The button provides immediate access to the popular ad-supported video on demand (AVOD) service on devices powered by VIDAA OS. The button will be available starting early next year on millions of Hisense TVs sold in the United States.

Chicken Soup for the Soul Entertainment is one of the largest operators of advertising-supported video on demand (AVOD) streaming services.

The two companies also announced that the Crackle and Chicken Soup for the Soul free ad-supported television (FAST) channels will launch on the VIDAA platform. In the coming weeks, the channels will give U.S. consumers free access to movies and TV series streaming 24 hours a day — including originals such as “Wedding Talk” and “Going From Broke.” The channels will be available on the channel guide of the TV, which reduces the need to toggle between applications while accessing content from different providers. The Crackle AVOD app is now available on the VIDAA service.

“Hisense is known for its high-quality televisions, which are affordable to cost-conscious consumers,” said Adam Mosam, chief digital officer at Chicken Soup for the Soul Entertainment. “The addition of the Crackle app on the VIDAA TV operating system and the remote button will help bring a whole new audience to our service. We have a wide range of amazing content which I know their consumers will enjoy.”

“Providing the best free content in the simplest way to consumers is our mission at VIDAA, which is why the partnership with Crackle is a great addition to our already large lineup of free VOD content as well as FAST channels,” said Nick Ruczaj, VP of Content at VIDAA USA. “We’ve also made the content easy to discover in our platform’s search engine and will be placing the streaming channels right alongside the broadcast TV networks in the programming guide.”

The VIDAA Smart TV OS is a Linux-based smart TV operating system, powering millions of Smart TVs, including Hisense, Toshiba, Loewe, Supersonic, and hundreds of other brands, globally. VIDAA USA was established in 2019, and it has become a strong global contender in the Smart TV platform category.

The Crackle Plus and Redbox streaming services are currently distributed through over 140 touchpoints in the U.S. on platforms including Amazon Fire TV, RokuTV, Apple TV, Smart TVs (Samsung, LG, Vizio), gaming consoles (PS4 and Xbox One), Plex, iOS, and Android mobile devices and on desktops at Crackle.com and Redbox.com, with plans to expand to over 160 touchpoints this year.